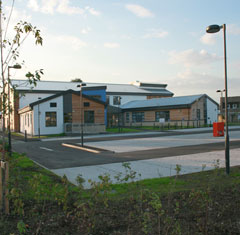 A Buckie fisherman turned rescuer earlier today when he and the rest of the crew of the Sylvia Bowers spotted two fishermen who had been missing since Tuesday.

Jim Reid, 75, and his 35-year-old grandson David Irvine sparked a major search and rescue operation when they failed to return to Gourdon harbour by midday on Tuesday. The Inverbervie pair had set out on a fishing trip at 4am that day on their creel boat.

A massive search involving the RNLI and an RAF SAR helicopter from Lossiemouth failed to locate the pair and the search was finally called off on Wednesday evening with hopes fading for their safe return.

However, at 8am this morning the crew of the clam fishing vessel Sylvia Bowers spotted the pair waving from their boat 46 miles out from Montrose. They turned around and picked up the pair before taking their boat in tow.

Buckie fisherman Mark Spence was one of the rescuers, describing the rescue on the ‘Fishing News’ Facebook page he said: “My night was awful boring until we came across the two lads that’ve been lost at sea. Got the lads on board safe and sound.

“Now towing their boat to Montrose to get them ashore – both men safe and sound, it was magic to find them.”

Skipper of the Sylvia Bowers, James Spencer, described the rescue in an email to the chairman of Scott Trawlers Ltd who own the Sylvia Bowers. He said: “Good morning guys – I’m 45 miles east of Montrose towing in a small creel boat. Picked up the crew.

“They have been adrift for three days, big coastguard search. Lads spotted them waving so turned back. They are safe and in good health but cold.

“The vessel, the Water Rail, was reported overdue on Tuesday 20 May and searches have been made by the Coastguard, Royal Air Force, lifeboats, fishing boats and the Police Scotland helicopter.

“Arrangements are currently being made to repatriate the men with their families.”