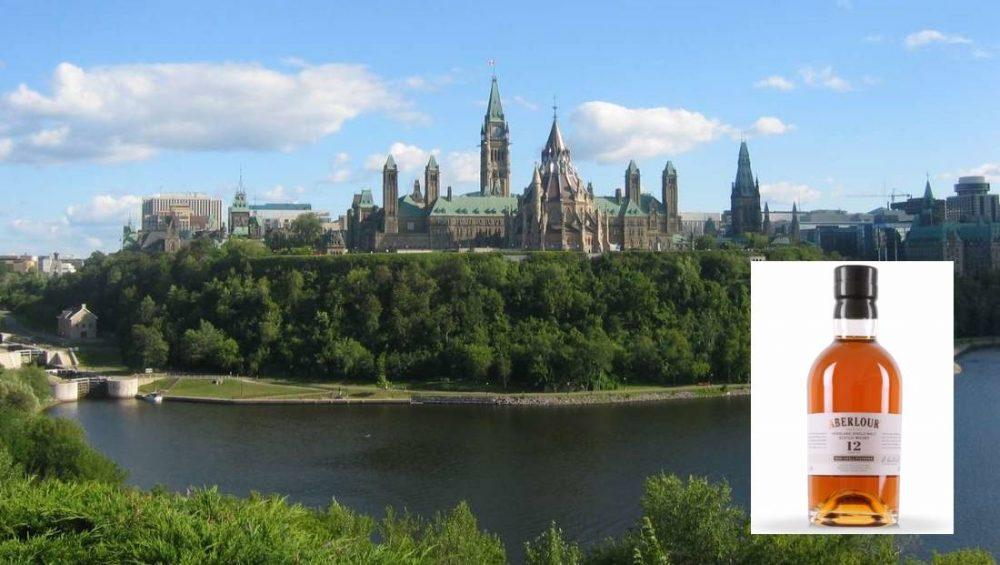 A SPEYSIDE WHISKY has caused something of an international stir after being selected as the tipple of choice at the Canadian Parliament – much to the chagrin of local distilleries.

The row was sparked when a special tasting session was hosted by the Speaker of the Canadian Parliament, Nova Scotia MP Geoff Regan, to decide which whisky would be served at parliamentary receptions.

MPs who took part in the blind tasting session selected not, as was perhaps expected, a local Canadian brand – but opted for the Aberlour, produced on Speyside the Chivas.

When the result was announced it caused uproar not least from whisky expert and author Davin de Kergommeaux who insisted that only Canadian whisky should be served in their own parliament.

He said: “Foreign whiskies, no matter how enjoyable should not be given even the slightest consideration. Canada has a fairly vibrant whisky industry and our high-end bottlings are just now gaining renown with connoisseurs around the world.

“By selecting a foreign whisky, Speaker Regan and his colleagues have missed an opportunity to show support for our farmers and distillers – and also to send a liquid ambassador home with visiting dignitaries.”

However, Heather Bradley, who is director of communications for the Speaker, hit back: “Both Canadian and international whiskies were included in the blind taste test and the winning entry was the 12-year-old Aberlour Highland Single Malt.”

A delighted spokeswoman for Chivas Brothers said: “Aberlour is the definitive example of a single malt crafted for excellence, so from one whisky-loving nation to another, we hope that they enjoy drinking Aberlour as much as we do crafting it.”