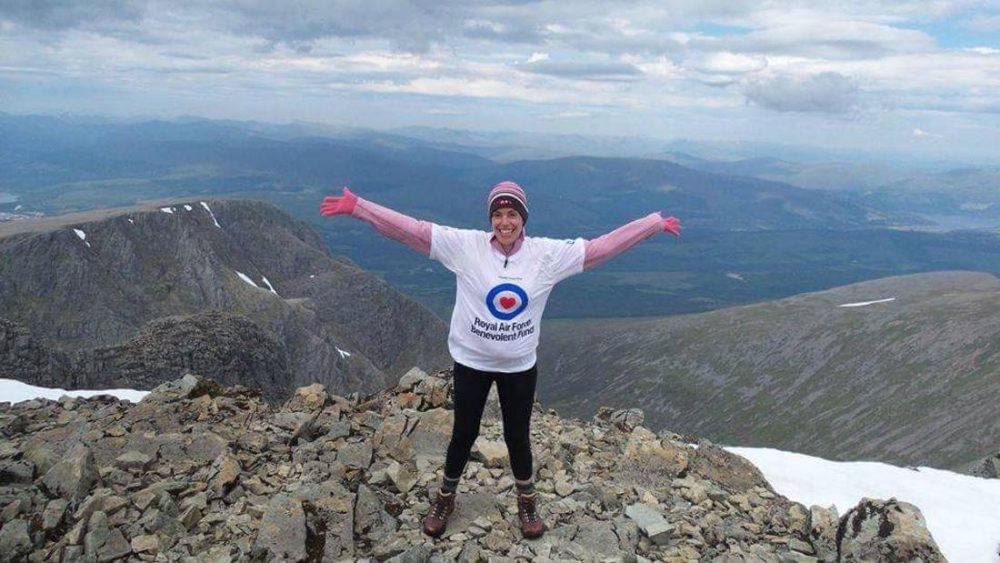 OVER TWO DOZEN volunteers are to take on Ben Nevis this weekend to mark Armed Forces Day and raise funding for the Royal Air Force Benevolent Fund (RAFBF).

Serving RAF personnel, veterans and their supporters will tackle the UK’s highest mountain peak on June 25.

A large contingent of the group will be connected to No.4 Squadron RAF Police and RAF Lossiemouth’s MPGS.

Squadron Leader Samantha Bunn is encouraging her personnel to raise funds for the RAFBF during her term in post – they have already held one Bake Off, with another, bread themed, being planned for August.

Regular Team RAFBF Lossiemouth supporter Giles Sumner forms the civilian element of the group along with Charlotte Pirie and RAF veteran Tracey Baker. The group are being supported by three qualified mountain leaders and have been training hard for their challenge to reach the peak, where they will fly the flag for Armed Forces Day and the RAF Benevolent Fund.

Team RAFBF Lossiemouth chair Karen Cox said: “I am incredibly excited to see all the Ben Nevis “summit selfies” from this fantastic group, hopefully the weather will be clear at the top and they will be able to take in the splendour of their achievement.”

Meanwhile, Team RAFBF Lossiemouth will have a collection in Elgin Tesco from 10am until 4pm on June 25 (Armed Forces Day).

Secretary Mel Waters will be making sure the RAFBF is represented at a very local level to help support all the serving RAF personnel and their families, plus all the RAF veterans who chose to make Moray their home.

Mel said: “The RAF Benevolent Fund spent over £180k supporting RAF personnel, their families and our veterans during 2015. We are very proud to be fundraising for them to say thank you and to help them continue their incredible and vital support.”

The Royal Air Force Benevolent Fund is the RAF’s leading welfare charity, providing financial, practical and emotional support to all members of the RAF family.

They exist for serving and former members of the RAF, their partners and dependants, whenever they are required. They help members of the RAF family deal with a wide range of issues, from childcare and relationship difficulties to injury and disability and from financial hardship and debt to illness and bereavement.