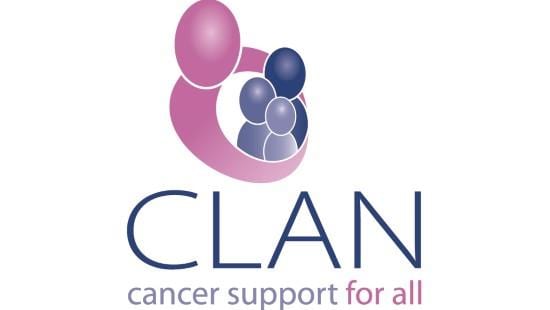 A MORAY CANCER Support charity is using Volunteers’ Week to issue a fresh appeal for help from the public.

CLAN Cancer Support offers support and information five days a week from its support and wellbeing centre in Elgin – and last year expanded its services to Lossiemouth with the opening of a drop-in within Moray Coast Medical Practice.

A major part of the charity’s success in Moray has been its volunteers and the charity is now looking to bolster its number of support and fundraising volunteers within the region.

Support volunteers help a wide range of people affected by cancer, including clients, carers and other family members. They offer a listening ear or by working alongside them to address support or wellbeing concerns – they also have an important role in helping signpost them to other services provided by the charity.

Volunteer help is also required for a number of the charity’s fundraising events that are held throughout the region, with positions also open for volunteer drivers which offer transport for clients to Dr Gray’s Hospital.

Lucy Whiteman, CLAN’s services manager, said: “CLAN’s volunteers have always been integral to the success of the charity as a whole and with Volunteers’ Week currently underway, we’re looking to add to our pool across the various areas that the charity operates within.

“In Elgin specifically, there are various openings for support and fundraising volunteers and we’re looking to speak to those interested in giving some of their spare time to get involved with CLAN in Moray. We’re keen to hear from anyone who thinks they may have skills that are transferable to the charity.”

The group are also preparing to build its presence in the Seafield Medical Centre in Buckie from August and would be keen to hear from anyone interested in volunteering in the local area.

A volunteer currently with CLAN in Moray is Angela Phillips. Angela trained to become a support volunteer with the charity in 2014 and has been a part of its growth in Elgin, volunteering from its base on the town’s High Street. Providing a range of listening support and advice to clients, she’s found the role to be a rewarding one.

Angela said: “I first heard about volunteering opportunities at CLAN through a friend and I immediately thought it would be something that I would like to do. I contacted the charity, started my training and really haven’t looked back since.

“To be able to be there for someone who is affected by cancer is so rewarding and I am of firm belief that volunteering with charities such as CLAN has a vital role to play in today’s society. To be able to give someone comfort and support is incredibly important and I enjoy seeing the difference that just talking and listening can have on an individual.”

Those interested in discussing a potential support volunteer role in more detail, please contact CLAN’s Moray area co-ordinator Tracy Sellar on 01343 544132 or email tracy.sellar@clanhouse.org. Members of the team will also be present at the volunteer recruitment event at St Giles Church in Elgin on Saturday, June 4.