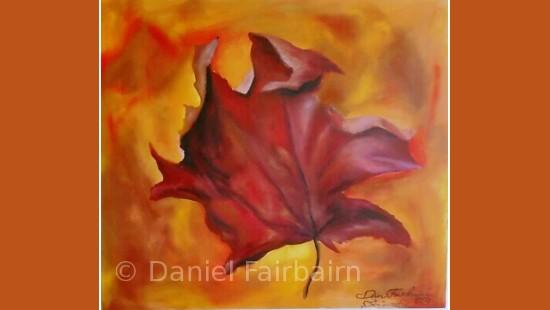 THE DAYS OF LUCRATIVE offshore jobs may not be entirely over, but for thousands of people throughout the north east – many in Moray – the last twelve months have been a time for reappraisal.

While Oil Industry leaders say the industry is not yet dead, the boom days are certainly gone and jobs once so prized in the region simply no longer exist.

Many have managed to retain work in the industry by hunting out the few remaining jobs – others, however, have sought new careers onshore against equally challenging circumstances as quality employment opportunities are not so easy to find.

When Portgordon man Daniel Fairbairn was made redundant from his offshore job for the second time in two years, like many he decided he had enough of being ‘disposable’. After 15 years in the offshore industry he realised that it just was not viable any more – and so chose to follow a real passion rather than just a job of work.

From his early teens, Daniel had been a keen artist, drawing and painting at school and at home – while at High School he created hand-painted T-Shirts for his friends, while into his late teens and early 20’s he began to create not only paintings but commissioned murals and artwork for tattoos and even a local band.

“I kept my hand in, so to speak, creating a painting for my Wife in 2003, and working on flyer art for local Motorcycle club, the Highlanders, as well as a mural for my eldest son,” Daniel told insideMoray, adding: “But I never took the time to take it up seriously, and I now wish I had started sooner.”

Job prospects were bleak so he took up his brushes again – creating a large number of pieces under private commission. He said: “I saw my sector shrink considerably and suddenly there were hundreds of guys applying for only tens of jobs.

“It just made more sense to work on the paintings to create revenue, and then my wife and I decided to make a go of it seriously. So now with great support from Business Gateway and the friends I’ve made through them, I’m beginning to build something tangible.

“I’ve lived in this area for the last 23 years or so and in Portgordon for the last 12 years. There has always been a part of me that is in awe of the beauty of this region, and I’m beginning to express that on canvas.”

Asked about how he now sees his future, Daniel was enthusiastic: “I’m applying to a Fine Art Degree course in Moray College UHI in Elgin and I’m continuing to work on commissioned and non-commissioned art.

“I’ve a good relationship with Elgin Gallery and Framers of South Street in Elgin – and I’m looking to build on a recent painting trip I did to Fortrose, with a longer adventure planned. I have so many ideas to develop, it is exciting and a little scary – but it feels as if I’m in control now, instead of being at the mercy of some distant shareholders.”

Daniel remarked on the people he has met through business gateway, saying that there were a number of former offshore workers who had decided the same thing: “They have also decided to break out on their own – it is a great feeling to share.”

Last night Sarah Medcraf from the Moray Chamber of Commerce said she was “delighted” that Daniel had found a change of career: “None of us are strangers to the recent downturn of the oil and gas industry, whether it is the workers themselves, supply chains or even taxi drivers.

“It is an unfortunate position to be in but I am delighted when I hear about people like Daniel, taking a complete change in direction with his career and following his passion.

“Moray’s economy is full of micro-businesses and we encourage them and other entrepreneurs to get involved, take all of the help out there and most importantly collaborate. Working together is key and at Moray Chamber we promote small businesses to do just that.”

Daniel’s work, meanwhile, will be on show next month after he was named as the first featured artist of the month by the Everlong Art Gallery and Gift Shop on Alford’s Main Street.

Former offshore worker? Launching a new business? Get in touch with us and tell us your story – a bit of free publicity on insideMoray will do you no harm – and will get your plans out there, perhaps to prospective new customers…..