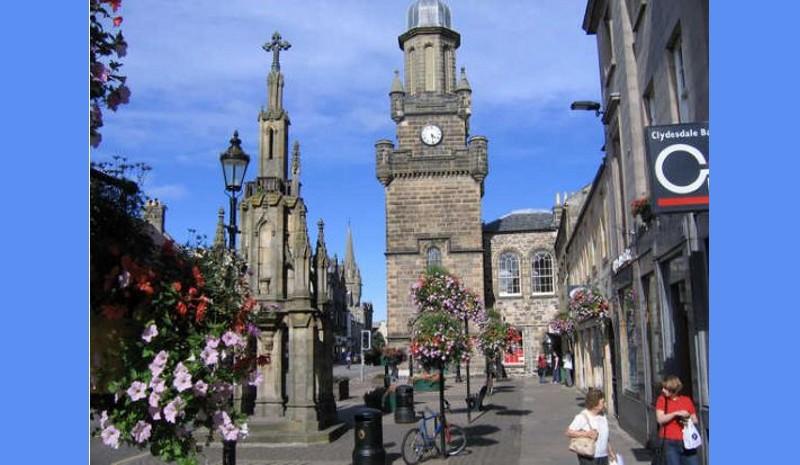 LIFE AS IT ONCE was in the ancient Royal Burgh of Forres is to be the feature of an exhibition hosted by the Forres Heritage Trust over four days in July.

The exhibition will feature old photographs that show what life was once like for residents and is the latest in a series of such events using the extensive collection of photographs owned by Franny Duncan, Raymond Mills and Ross Dalziel.

Forres Heritage Trust has managed to breathe new life into local heritage, including taking responsibility for the town’s Tolbooth which is to be used to home the exhibition from 13 to 16 July.

“Former residents will come from afar and local residents will turn out to reminisce and share memories of old haunts long gone,” Trust chairman George Alexander said, adding: “Young people will be amazed to find out what their town used to look like and visitors will also be able to tour the old Tolbooth (built in 1838) and connecting jail (built in 1846).

“The volunteers have done a huge amount of work to improve the appearance of the Tolbooth and it has become something of a posh mens’ shed on a Friday morning.”

As well as taking possession of the Tolbooth from the Moray Council by Community Asset Transfer, the Forres Heritage Trust also looks after the Nelson Tower, which was built in 1812 to commemorate Horatio Nelson.

The tower is open from 2.00 to 4.00pm every day from April 1 to September 30, staffed by volunteers. The tower contains a fascinating collection of memorabilia connected to the famous Sea Lord – while the view from the top of the tower is stunning.

More information can be found on the Forres Heritage Trust website or by contacting the chairman, George G. Alexander on 07875034220 or waterford@alexandersonline.me.uk.