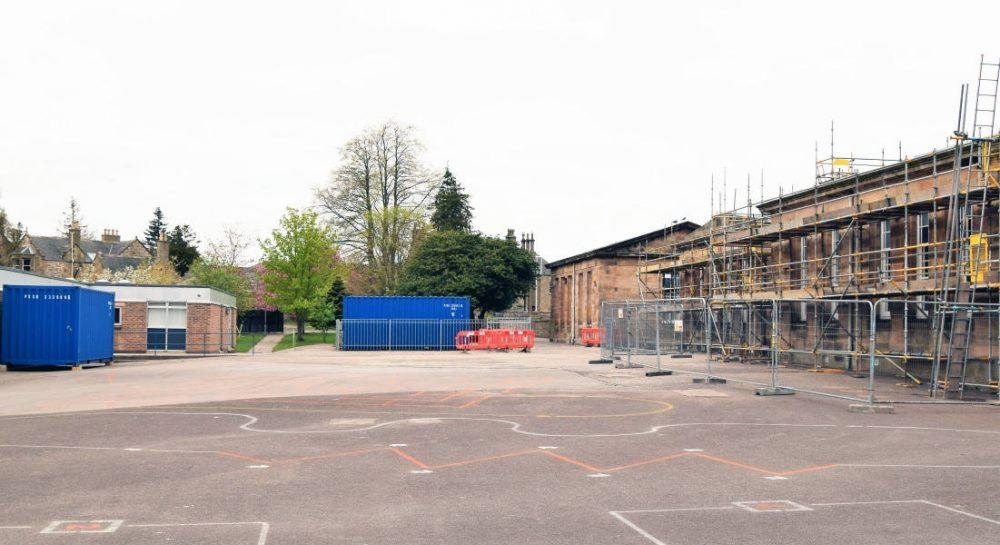 COUNCILLORS ARE BEING TOLD that they must commit to the building of a new primary school in the south east of Elgin – despite their not knowing what the financial implications might be.

At a special meeting of the Moray Council on Wednesday, members are being advised of a material change of circumstances over their previous decision to go ahead with the new school.

The build has been shrouded in controversy with parents – in particular those with children attending East End Primary – angered that their children were having to share temporary accommodation with the proposed new school until 2018 at the earliest.

Parents argued strongly that pupils should have simply been absorbed into a larger East End Primary until such time as the new school is completed – they have always insisted it is unlikely that it would be completed by 2018.

Phase one of the refurbishment works to create two new classrooms, a new Head Teacher’s office and reception have almost been completed, with Phase 2 and 3 to be carried out over the next two years. However, it is now understood that only eight pupils are actually registered to attend the new Linkwood Primary.

In the paper being put to Councillors this week a request is being made that they suspend their standing orders to allow new proposals on the new school build to be agreed – with it now estimated to be costing around £11.5million over the next three years.

This has happened because when spend was agreed by Councillors in March, it related only to 2016/17 – however, it should have been proposed as an ‘exception’ at that meeting, as the Council had not approved the full cost of the project.

In the paper senior project officer Shona Leese warns: “Standing Orders are required to be suspended because the Council has agreed capital expenditure for 2016/17 only.

“The material change in circumstances is that this project should have been reported as an exception at the meeting on 30 March as full commitment to the project is required to enable it to be completed within the timescales reported to Children and Young People’s Services Committee.

“At present, the in-house property team does not have the capacity to undertake this work, therefore if it was decided to use this method then workload priorities would require to be reviewed.”

The paper adds that should Councillors approve the full costs they need to be aware of the “considerable uncertainty” surrounding the final costs of the project. The paper says: “The capital cost of a new primary school is estimated at £11.5M.

“The costs of temporary accommodation are included in the 2016/17 Capital Plan. There is considerable uncertainty as to what the final Council contribution will be as there may be additional infrastructure costs and developer contributions will accrue to this project. These elements still require to be determined.”

Councillors are advised that not agreeing to commit at this stage could lead to the school not being completed by 2018, leading to further temporary expansion at East End Primary.

A copy of the paper being put to Councillors can be found online.