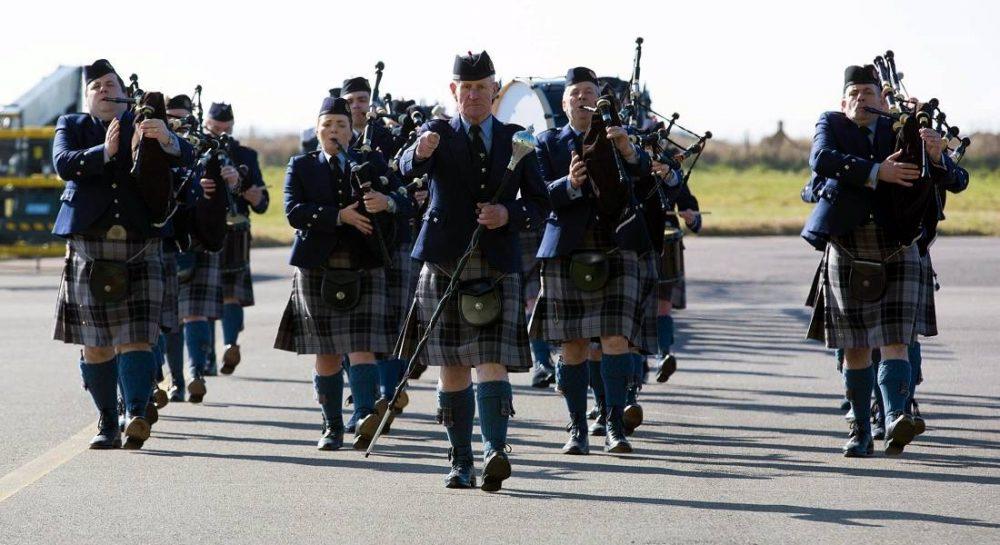 THE SUN SHONE on another successful year at the European Pipe Band Championships in Forres on Saturday – with over 20,000 people creating a carnival atmosphere.

While final attendance figures are yet to be confirmed, Piping At Forres organisers believe that this was the best year yet – on the day that the Irish once again grasped the grade one title in the form of the St Laurence O’Toole band.

It was then made an emerald green double when the Pipes and Drums of the Police Service in Northern Ireland took the grade 2 title.

There was local success for Moray in grade 3B – 2622(Highland) Squadron based at RAF Lossiemouth taking that crown.

Honorary Chieftain for the day was former Runrig star Donny Munro, who recalled that a fellow member of that band was also an excellent piper. He said: “I have always had a strong link with bagpipes and have had a fantastic time going around the event today.”

Away from the competitive piping there was plenty to keep delighted visitor occupied – and even the weather cooperated, with the predicted early morning showers quickly making way for a bright sunny day.

“This event goes from strength to strength,” local MSP Richard Lochhead said of the day, adding: “It also provides a major boost for the local economy. Its success is a tribute to the late David Urquhart and Ian Widdowson – both were instrumental in securing the championships for Forres.”