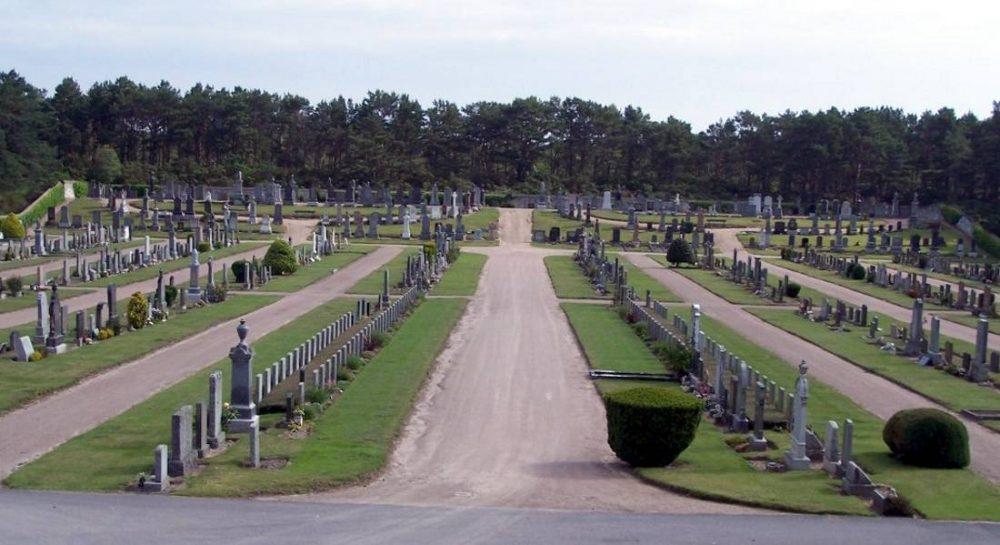 COMMUNITY LEADERS IN LOSSIEMOUTH have joined together in organising a special Remembrance for the four civilians who lost their lives in the only recorded bombing raid over Moray in the 1939-1945 conflict.

It was on the night of July 11/12 1941 when a lone German JU88 Bomber flew over Lossiemouth, on a mission it is believed to attack the RAF base. Instead, it dropped four bombs over the town itself, destroying three homes and damaging many more.

The first home struck at Kinneddar Street resulted in injuries to members of the Souter family. The second bomb sadly scored a direct hit on 6 Dunbar Street, killing Mr and Mrs John Wilson and their house guests Mr and Mrs Joseph Leighton.

The Leightons had moved from Portsmouth to escape the bombing and be close to their daughter, who was married to an RAF Officer at the base. Of the two other bombs dropped that night, one landed on the pavement in King Street while the other fell in a nearby quarry.

On Tuesday, July 12 at 6.30pm representatives from the local community will gather for a short ceremony remembering the victims of that fateful night and laying wreaths at their graveside on the day that marks the 75th anniversary of the bombing.

They will be joined by the Deputy Lord Lieutenant of Moray, Jim Royan, the Convener of Moray Council, Allan Wright and all three Heldon & Laich ward representatives at the Moray Council, Councillors Chris Tuke, John Cowe and Dennis Slater.

Also attending will be representatives from RAF Lossiemouth alongside members of local ex-service clubs and associations and from local churches. Local historian Donnie Stewart will relate a brief account of the events that night – including his own memories of the day the bomber visited his community.

Community Council Chairman Mike Mulholland said: “When we learned from Donnie that such an important anniversary was imminent we felt that it would be fitting to mark it in some small way.

“Considering the colossal loss of life and damage caused by bombing on many UK communities during the war, Lossiemouth was perhaps fortunate to suffer just this one attack. But for a relatively small community it came as a massive shock – despite the proximity of the air base.

“This is the final opportunity, we expect, for those in our community who lived through that fateful night to pay their respects.”

Donna Milne, the chair of the LCDT, added: “While our Trust is very much involved in creating a better future for the people of Lossiemouth, we are extremely grateful to Donnie for reminding us that our history is every bit as important in fashioning that future.

“We hope to see many members of the community at the Act of Remembrance which is just a small token of our appreciation not only for those civilian casualties we are remembering but all those from our town who served in all conflicts around the world.”

When: Tuesday, July 12 at 6.30pm
Where: Lossiemouth Cemetery