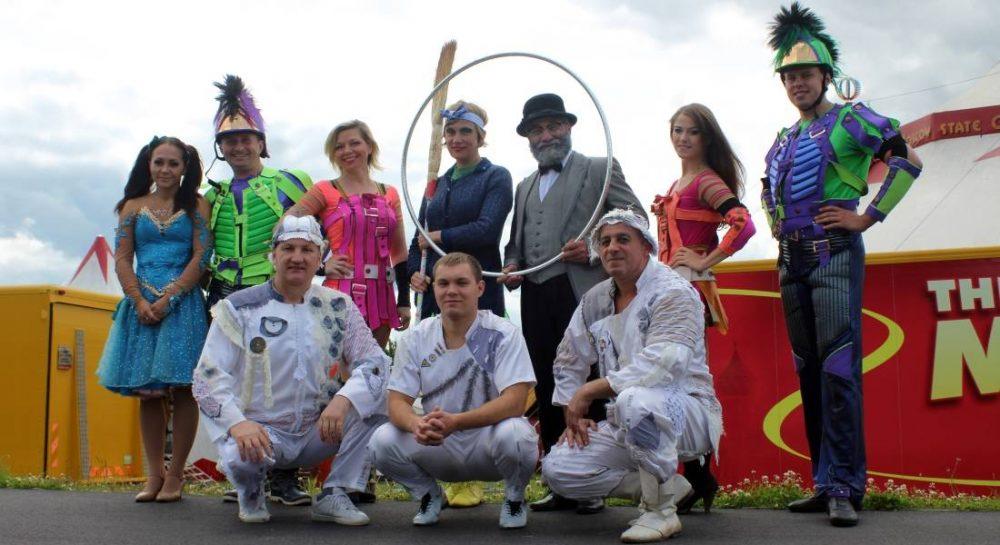 ANYONE WITH MISGIVINGS about spending an evening in the Circus Big Top because of ideas they may have of Circus long past will perhaps need to think again.

The Moscow State Circus, currently pitched up at Lossie Green in Elgin, opened for a six-day stay last night – and offered a local audience the chance to see for themselves a show that mainly tours the larger UK Cities.

This group of highly talented Russian performers are just as much at home in UK Theatres as they are in their own Big Top – in the winter months they would be found performing on a traditional stage.

Now having received rave reviews already from audiences from London and Edinburgh, Moray is fortunate to welcome the Moscow State’s ‘Zhelaniy’ performance – described by one recent audience member in London as “brilliant, just absolutely brilliant”.

The enthused audience member added: “My granddaughter had never been to a circus so I booked seats, and she loved every single thing they did. The Ringmaster [Vladimir Georgievskiy] and his lady cleaner [Natalia Mezenteeva] were extremely funny – overall, just brilliant.”

Anyone who has visited the London Theatre for ‘Starlight Express’ will appreciate the roller skating skills of The Exhilarators, the bright costumes evocative on the Lloyd Webber extravaganza but the thrills and skills far above anything the ‘singing trains’ ever produced.

A highlight that the Moray audience might also look out for is the ‘Russian Bar’ – not, as its description might imply, a place to grab a few vodkas, but rather three guys leaping all over the ring in gravity-defying fashion with a metal bar their only prop.

The show is all held together by Vladimir and Natalia in a fashion that transcends international boundaries – and for those who may think they have seen Vladimir before, they would be correct.

He was a star turn on Britain’s Got Talent last year, delighting an audience of millions with his trampoline capers.

Vladimir, 46, has been performing since he was just 11-years-old and is now a UK resident having met his wife in a nightclub in Swansea.

The Moscow State Circus will remain at Lossie Green until Monday with performances on Thursday and Friday at 7.45pm, on Friday and Saturday at 3pm, at 6pm on the Saturday evening and at 2pm and 5pm on the Sunday and Monday.

A box office is open now at Lossie Green and insideMoray readers can catch a special readers offer – Buy Two full price adult tickets for the price of One. To redeem call the box-office directly on 02033 753970 and quote the promotional code JUGGLER.

(Offer not valid in conjunction with any other discount or against tickets already purchased.)