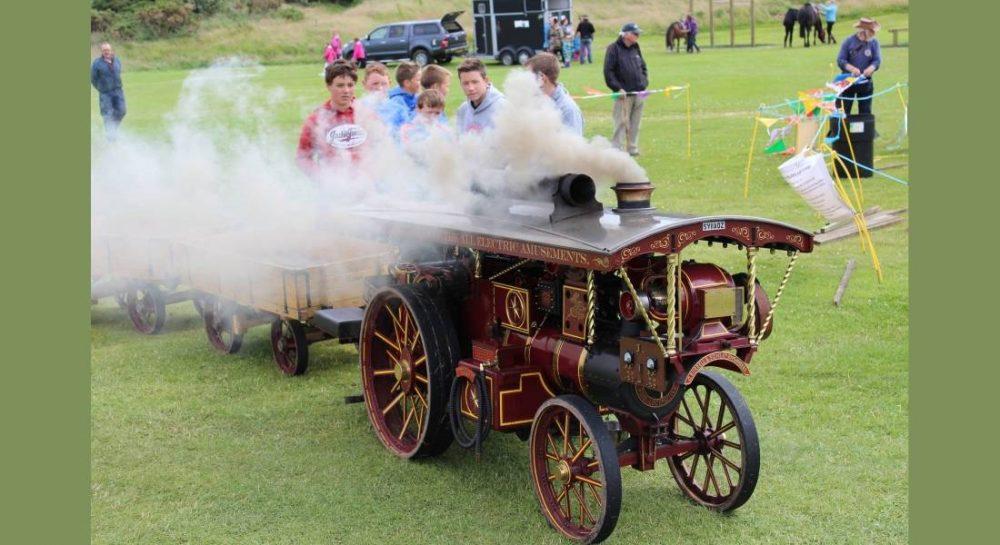 PIPES AND DRUMS will ring out again in Moray this weekend when the Hopeman Gala gets under way – drawing visitors to the village from far and wide.

The nine-day event begins on Saturday when the action will surround the village playing fields and the large marquee.

Pipes and drums will lead the Gala’s VIPs from Harbour Street before performing in the arena – where they will later be joined by the Moray Swing Band in providing entertainment surrounded by local clubs, societies and groups all around the main arena.

Included in the family entertainment on offer will be a craft show, train rides, bouncy castles and, for the adults, the ever popular licenced beer garden.

“All we need is the weather and the people of Moray to come out and celebrate with us,” spokesman Darren Nelson told insideMoray, adding: “Last year the Fete was subjected to 70-knot gusting winds which made it extremely hard work.

“It will be a packed day with the opening procession and Fete followed at 7pm by Swede Dreamz, one of the UK’s top ABBA Tribute Bands who had kindly included Hopeman in their national tour.

“We thought that ABBA would reach out across the generations, whether it be those that remember their original hits or youngsters that want a retro pop hit evening.”

Tickets for Swede Dreams are almost gone although a limited number are still on sale at Hopeman Stores, Costcutter and the Braemou Inn at £10.

The festivities continue on Sunday with ‘Songs of Praise’ from 1.30pm in the marquee followed at 3pm by a ‘Pirate Beach Doddle’ – a stroll along the East Beach where there will be a host of pirate-related activities. Rumour has it that Captain Hook himself might even make an appearance.

On Monday (July 18) the beach will again be the venue for a Sandcastle Competition from 3pm run by the Hopeman Scouts, with prizes available in four different categories.

Visit the Hopeman Gala Facebook page for up to date news on the festivities.