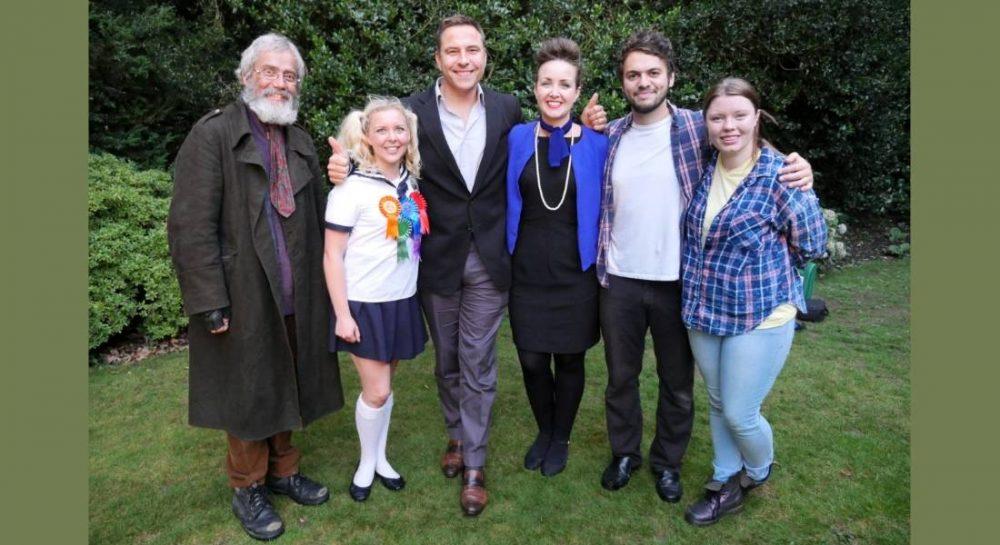 THEATRE RETURNS TO the walled garden venue at Gordon Castle this month with two major touring shows set to feature at the Moray venue.

The highly successful stage adaptation of David Walliams ‘Ratburger’ returns for a second performance in the region, having been played on the lawn of Brodie Castle last month.

In addition outdoor touring company Heartbreak Productions are presenting their version of the classic Oscar Wilde play ‘The Importance of Being Earnest’.

Ratburger will follow the highly successful production of another Walliams book, Mr Stink, which Heartbreak presented with rave reviews last year. The play tells the story of a young girl desperate to break away from her horrible mother, and set upon by a sinister neighbour who is determined to have her pet rat for his burger shop.

Heartbreak will use their signature style of framing traditional pieces in alternative settings – so the Moray audience should expect and entirely new interpretation of Wilde’s classic work.

The Importance will be moved forward to the eve of the Great Depression, highlighting Wilde’s social satire by juxtaposing the trivialities rendered significant with the significant reduced to the trivial.

Heartbreak chief executive Maddy Kerr said: “We are thrilled that David Walliams has agreed for us to tour the theatrical premiere of “Ratburger” for 2016 – it’s a fitting tribute to celebrate the 25th anniversary of Heartbreak’s.

“We hope that first time audiences from “Mr Stink” will return for another exhilarating experience of Walliams’ mischievous humour and uplifting storytelling.”

Heartbreak Productions has been touring across the UK since 1991. Based in Leamington Spa, Maddy Kerr and Peter Mimmack lead this unique production company that delivers exceptional outdoor theatre to audiences of all ages.

The group aims to tell stories that inspire, entertain, challenge, and help us come to a better understanding of who we are as people and how we can live together.

The Importance of Being Earnest is being presented at Gordon Castle on Tuesday, July 19 while Ratburger will be featured almost a week earlier on Wednesday, July 13.