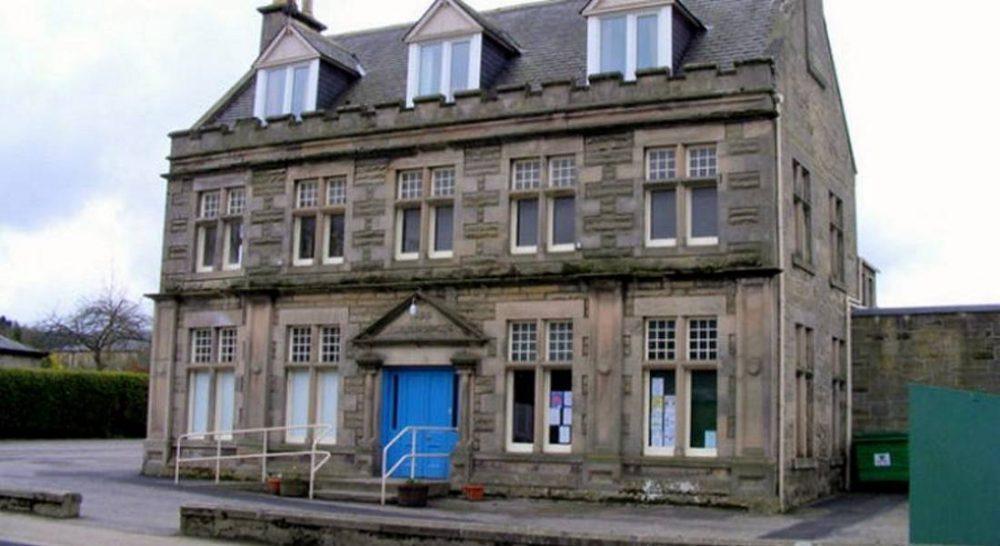 EFFORTS TO REJUVENATE A Moray community hall are close to completion thanks to a massive cash injection from a local company.

Just over a year after the policy and resources committee at Moray Council agreed to the transfer of the Fochabers Institute to the Fochabers Village Association, the ambitious plans to raise £700,000 for necessary repairs to the building has been reached.

The transfer was not without controversy, held up by procedural errors and an admission by Council officials that they were in the ‘learning process’ when it came to dealing with community asset transfers of this nature.

With the deal finally reached, a series of fundraising ventures has taken place – and last week the final and most significant portion of the funding was handed over by the Abbeyfield Fochabers Society Ltd., who presented the Village Association with a cheque for £200,000.

Now the man who has led the Association in their bid, Gordon Christie, says that a contract for the required work will be put to tender with work soon following on new electricity system including heating and lighting plus essential repairs to the roof.

The cash from the Society is from funds raised from the sale of the former Abbeyfield Fochabers residential home, which their constitution states has to be distributed in the community for the benefit of all residents.

Mr Christie said: “This donation is a substantial amount that has covered almost half the cost of this phase – it will bring us within touching distance of the end of the project. The hall will be closed for the next six months while the works take place – but it should be fully functional afterwards.”

At the time of the CAT Transfer of the Institute being approved it was hailed as a “great result for the community” and a fine example of local councillors from different parties working together to achieve a common goal.

Labour councillor Sean Morton said: “The Council Administration were clearly dead against giving Fochabers the funding that would make taking on the building viable – but they’ve not had problems investing similar or larger sums in a whole host of other projects before.

“Thankfully Labour and SNP councillors teamed up to ensure we could give the community the start they need on this journey. I can’t thank everyone in Fochabers enough for their commitment. Now let’s make our hall a great success.”