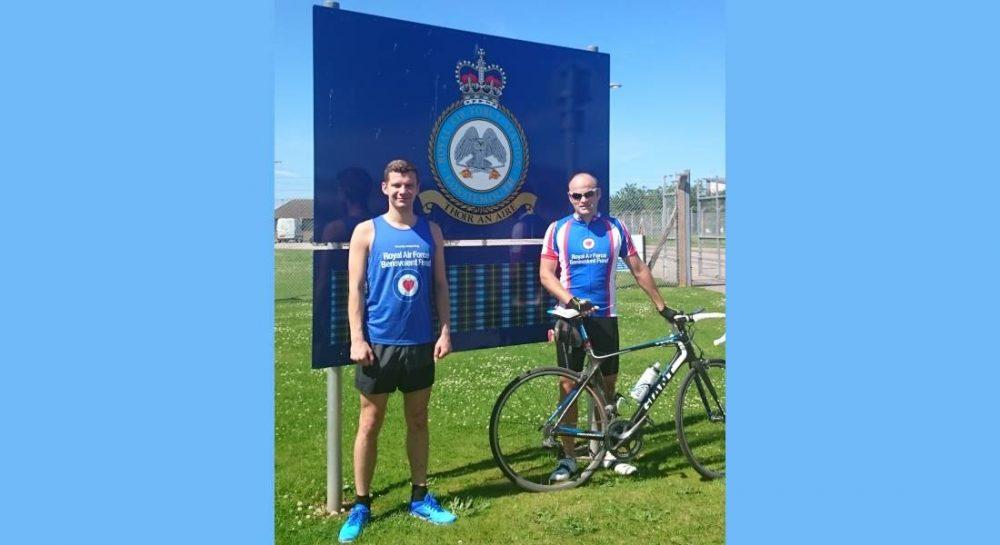 TWO MORAY BASED Airmen are set to take on separate challenges that they hope will raise significant funding for the RAF Benevolent Fund.

The motivation for Mike Tyrer, who is taking on the Baxters Loch Ness Marathon on September 25, is the assistance offered by the RAFBF to former colleague Mick McConnell, who was helped to settle in Elgin to be near his family.

Mike’s marathon run will be his first attempt at the distance – while an even greater challenge is being taken on by Danny Parsons, who is undertaking the Battle of Britain Cycle Challenge from Paris to Geneva from September 5.

Danny is also taking part in his first ever fundraising event and could hardly have picked a more challenging one, taking on the 363-mile journey over four days – including a 7556m elevation over the entire trip.

Mike said of his first Marathon attempt: “As a keen runner, I’ve always wanted to undertake a challenge where I could really test myself.

“I had never actually looked that much into running a marathon until the RAFBF came to Lossiemouth. They had advertised the opportunity to run the Loch Ness Marathon in aid of the RAFB, which in itself is a well worthy cause.

“What really was the pinnacle moment, however, was when Mick McConnell spoke about his personal experience and how much the RAFBF can actually change someone’s life. His touching story inspired me to undertake this feat, knowing that any money I actually do raise will be making a huge difference to past/current serving members of the RAF.”

Danny added: “Having just spent the last four and bit years on an exchange tour in New Zealand, I felt the time was right to not only push myself with a gruelling physical challenge but also do my bit for the hugely worthwhile charity of the RAF Benevolent Fund.

“I’d seen the great work the RAFBF do supporting RAF personnel, their families and veterans it felt right to lend my support. To help with this I have committed to riding my bike from Paris to Geneva covering about 400 miles in four days with 7500 metres of climbing joy – the equivalent of climbing Ben Nevis five and a half times!

“With the move back from NZ and settling back in to the UK time has been tight to train, luckily I have a very supportive family who also realise the importance of the RAFBF which has allowed me the time to bag the miles.”

Mike can be sponsored online for his Marathon via https://www.justgiving.com/fundraising/Michael-Tyrer