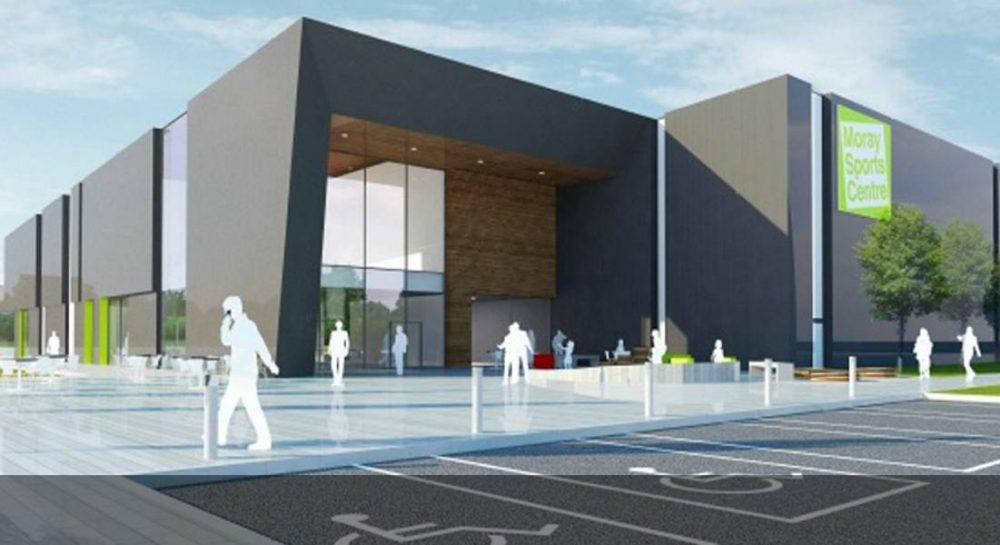 A PLANNING APPLICATION will be lodged ‘within weeks’ for Moray’s new multi-million pound Moray Sport Centre, according to the man behind the plans.

Springfield Properties owner Sandy Adam welcomed a packed meeting at Moray College UHI last night as he unveiled the final plans for the new centre – revealing that it will sit on a 27-acre site after he had purchased more land to add to the original 6-acres.

However, while the team Mr Adam created to take the plans forward have £1.7million of the costs in place, it was made clear that public backing for the scheme was vital to ensure that grants and other fundraising efforts would raise that to the £12million total required.

The design for the Centre includes giant white walls that ultimately could be used to beam movies to an outdoor audience, with Kathryn Evans, the project chief executive, adding that the plans took on a modern approach that allowed scope for further development in the future.

Six tennis courts will be built under a transparent roof while the site will boast a 1k running track and two Rugby pitches. The multi-purpose gym will boast over 100 pieces of equipment, making it the largest by far in Moray, while provision is made for netball, badminton, basketball and a martial arts area.

But Ms Evans said for the Centre to happen at all required public support and urged people to register their interest in the project – helping in fundraising efforts being launched by individuals and groups who are keen to see the project come to fruition.

She said: “We think that it is about time Moray had some money invested in its sports – but to progress these applications we need to provide evidence that people in Elgin want this to be built.”

With planning permission being sought ‘within weeks’ according to Mr Adam, construction work is expected to begin before the end of this year with a view to completion in 18 months.