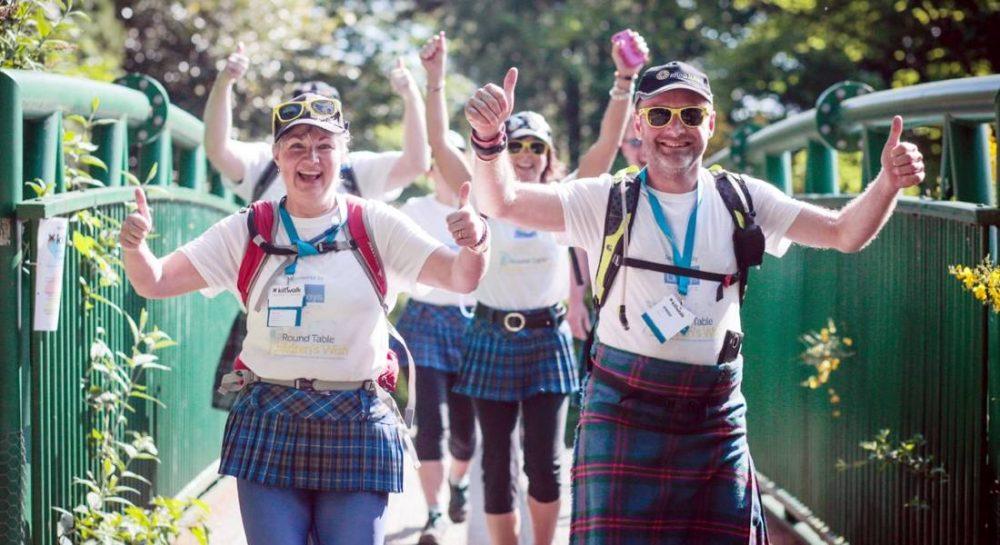 ONE OF THE MOST successful fundraising events in Scotland is set to return to Moray Speyside this summer under new leadership.

The Kiltwalk was relaunched last year – and is now operating with the backing of the Royal Bank of Scotland and Sir Tom Hunter, who said that the events carry a guarantee that every penny raised by participants will go to local and national children’s charities.

Half a million pounds has already been raised since the relaunch by 4000 fundraisers at the Glasgow event earlier this year – followed by more success in Aberdeen last month that saw the total boosted by another £100,000.

Sir Tom Hunter said: “When we relaunched Kiltwalk late last year, the financial support from the Hunter Foundation, Royal Bank of Scotland, Arnold Clark and the STV Children’s Appeal meant we could guarantee that 100% of the money raised by participants would go straight to children’s charities in Scotland – and that’s exactly what we’ve done.

“We were determined that the money should be handed over as quickly as possible and it’s already starting to make a fantastic difference to the lives of Scots children in need.”

Now it is hoped that these successes can be backed up when the Kiltwalk returns to Moray Speyside in August and Edinburgh in September.

Royal Bank of Scotland Kiltwalk’s Chief Executive, Paul Cooney, said: “The response from people all over Scotland has been phenomenal.

“There was a real carnival atmosphere in both Glasgow and Aberdeen and we’re still seeing numbers increasing for the forthcoming Kiltwalks in Moray Speyside and Edinburgh.  As we’ve done in Glasgow and Aberdeen, as soon as the money comes in we’ll be distributing it to a variety of local and national children’s charities.”

People interested in taking part in the Moray Speyside Kiltwalk – which is being held on August 14 – are being asked to sign up now via the Kilwalk Website.