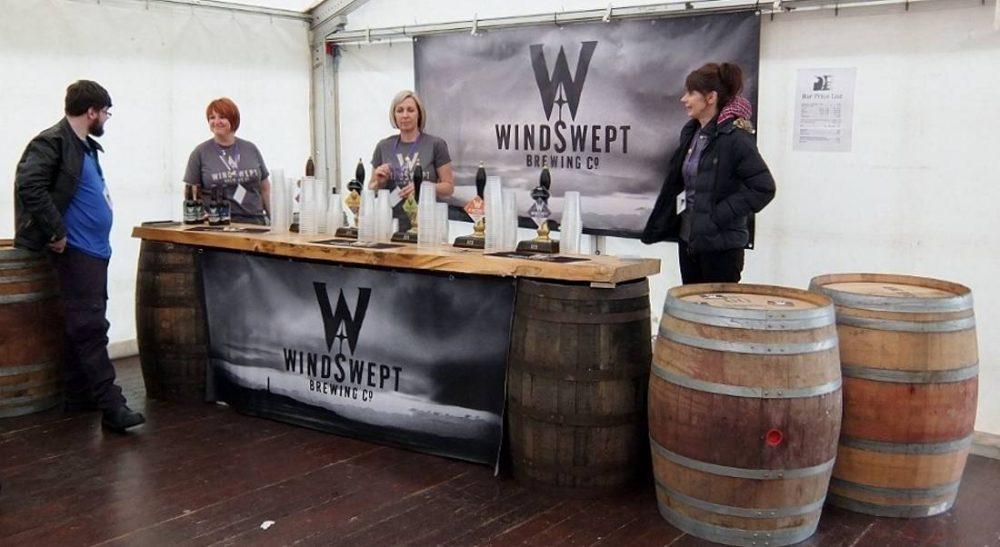 GOLF FANS ARE being treated to another national obsession when they arrive to watch the Scottish Open Championship at Castle Stuart from Thursday.

Craft Beer sales have rocketed in recent years – and right at the forefront of that has been several breweries in Moray, not the least of these being the small Windswept Brewers in Lossiemouth founded by two former Tornado pilots.

Windswept will be the only craft beer supplier at the championships – and they are expecting to be busy with 1300 pints of their cask and bottled beer already loaded up for transportation to the course.

Al Read and Nigel Tiddy are the former RAF Lossiemouth pilots behind the brewery which they formed in 2012 after a great deal of test beers tried out on their family, friends and RAF colleagues. Now the small brewery is growing fast, doubling its annual beer production to 66,000 gallons and staff from 12 to 17 employees.

Nigel said: “We are a really small brewery so this is a fantastic opportunity for us to let golfers and fans from across Scotland in on the secret. We are an excellent match for the Scottish Open this year as the golf courses along the north-east of Scotland are undoubtedly windswept for most of the year.”

The director of the European Tour and Scottish Open, Peter Adams, said that they are always on the lookout for local suppliers and producers.

He said: “It makes sense to showcase the very best the region has to offer – and Windswept’s hand-crafted products are the epitome of the quality and inventiveness that the Scottish craft beer sector is known for.”