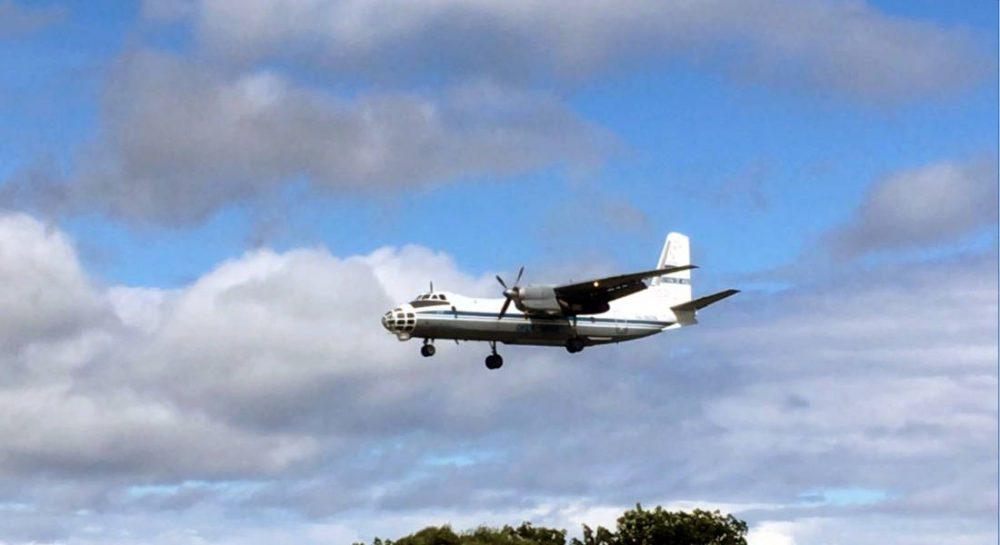 TYPHOONS AT RAF LOSSIEMOUTH are well used to seeing Russian aircraft on their interception duties – but never quite as close to home as yesterday.

Airmen from the Quick Action Alert force at the Moray base did not have to leave the ground as a Russian Antonov landed on their home runway.

The reason for the visit was an agreement that began back in 2002 when 34 signatory nations signed an ‘Open Skies’ treaty. The program allows for unarmed aerial surveillance flights over the territory of its participants – and is aimed at building confidence and familiarity through participation in over flights.

Under the agreement the Russian Antonov, an unarmed photography aircraft and its crew, flew from Brize Norton in Oxfordshire carrying RAF monitoring personnel. It flew a route over the UK pre-approved by the Ministry of Defence and RAF – and that included a visit to RAF Lossiemouth.

An MoD spokesman said: “The routes are first pre-approved by the MOD and RAF and then flown as per the flight plan. Such sorties are commonplace, reciprocal and have been going on for many years, the UK recently conducted our own flights over Russia.

“When Open Skies flights occur over the UK, we always have RAF representatives onboard – and the UK always gets to see all the photos which were taken on the flight.”

Asked why they conduct the flights, the spokesman explained: “It is an opportunity to observe each other’s territories – it is invaluable for transparency and the development of international trust between nations.

“In addition, aside from observing their work in the sky, we also get to interact professionally and to learn more about the culture of the nation in question – in this instance interacting with our Russian counterparts.”