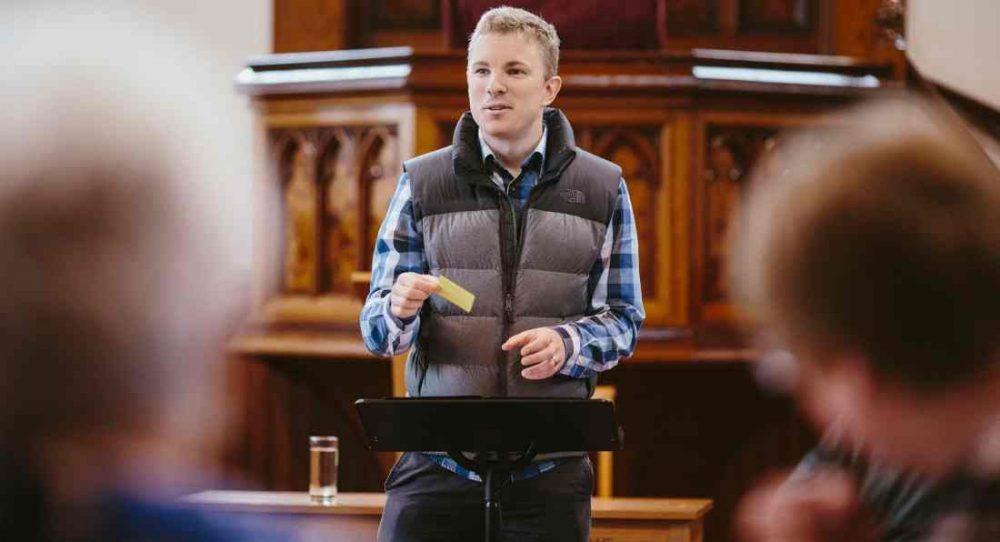 A MORAY CHURCH that dates from 1845 will see extensive refurbishment thanks to the generosity of local well-wishers.

The Burghead Free Church is in the process of a £100,000 project that will see new heating being installed and new flooring laid.

Plans for the refurbishment for the church were laid by its minister, Peter Turnbull, who last year relocated to Moray and immediately set about restoring the church – and its congregation. The minister brought an entirely new approach to the church, issuing an invitation to all – in particular people who did not normally go to church.

Mr Turnbull revealed that the first £60,000 in funding was in place – the majority from donations but some raised through the sale of pews from the church, which will be replaced with removable seating so that the hall can be used for other purposes.

Revealing that a few snags had slowed work down, the minister added: “The church was built in 1845 and it is not until you strip things back that you see the full extent of what needs to be done to improve it.”

This week the doors of the church will be opened to local children from the village and surrounding area for a holiday club. That will open from Wednesday to Friday from 10am until 12.30pm, where youngster can take part in a series of activities.