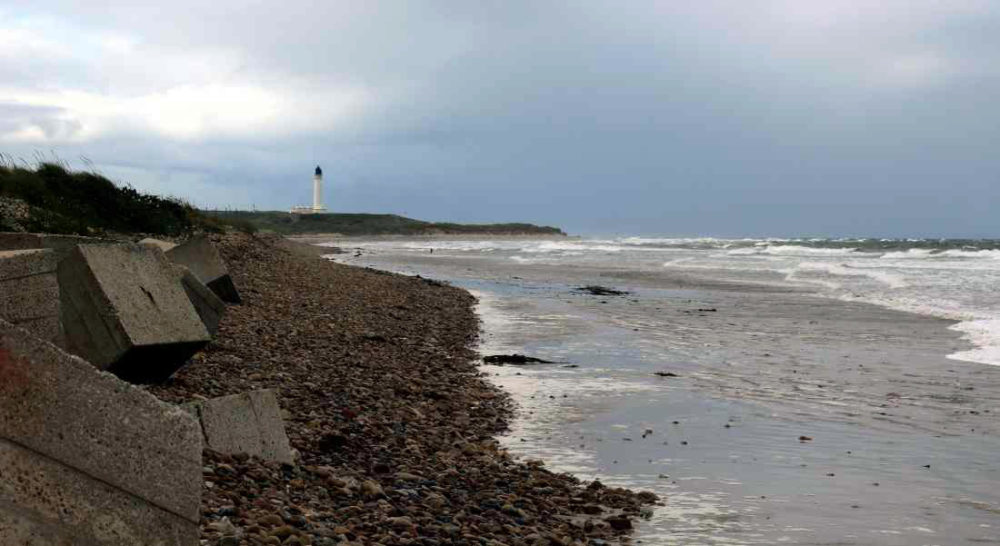 DOG WALKERS ON a popular Moray beach are being asked to take particular care over controlling their pets when horses are exercising nearby.

The call comes after an incident where a rider found herself with serious difficulties after her horse was worried by dogs on the West Beach at Lossiemouth.

It is an incident that mirrored that reported by insideMoray in March when horse rider Lynley Beckett had to plea to a dog owner to control her pet – thankfully, her horse remained calm and the incident caused no serious alarm for horse or rider.

However, Lynley is highlighting the issue following a much more serious clash on the same beach where the rider, who does not wish to be named, was thrown from her horse after it was attacked by dogs.

“The rider was thrown despite her best attempts to calm her horse – the horse bolted back from the West Beach close to the landing lights all the way along the road before it was finally caught,” Lynley told insideMoray.

She added: “The horse had minor wounds and the rides was bruised but thankfully both were OK.”

The incident came about after two small dogs ran at the horse, nipping at its hind legs – and at one point, the rider reported, a dog was hanging from the horse’s tail.

Lynley continued: “After spinning around and trying to escape the dogs, the rider came off and the horse then managed to break free and bolt for home.

“Thankfully it did not collide with any of the traffic and did not suffer much physical pain other than a few bite wounds. The psychological effects, however, cannot be so easily measured.

“This horse is now likely to be very scared of dogs on the beach and this makes life very difficult. The people walking the dogs were reportedly fairly abusive in their language and shouted at the rider because the horse kicked one of the dogs.

“That is unbelievable, given that the dogs were attacking the horse and not the other way around.”

Lynley added that horse riders using the beach had no issues with pet owners – pointing out that there is plenty open space for both, but appealed to dog owners to bring their pets under control when they see horses on the beach.

She said: “We all have a right to be there and I believe that dog owners (most of us riders are also dog owners) have a duty to make sure their dogs are not allowed to be so out of control that they can actually attack and injure another animal.”