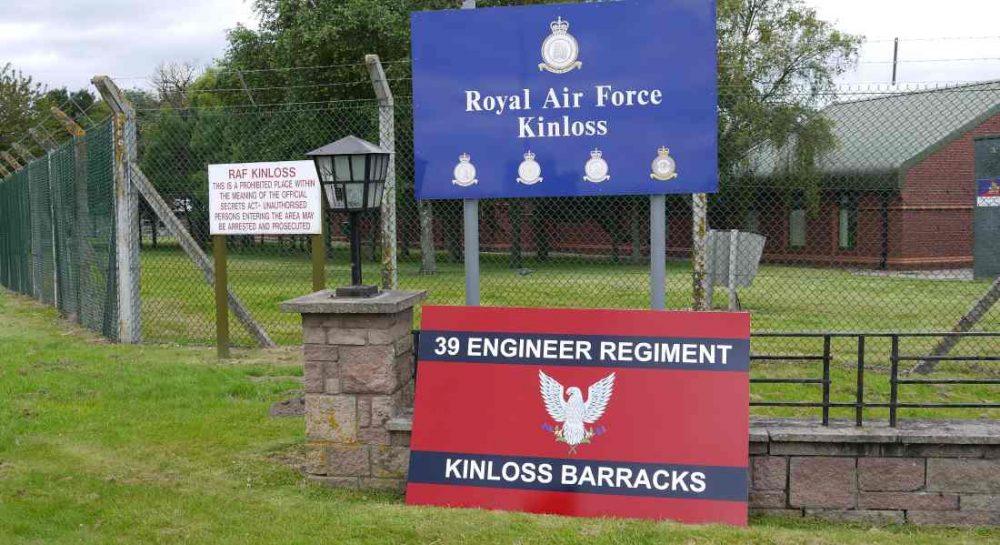 AN ‘IMPECCABLE’ SOURCE at the Ministry of Defence who has suggested that Kinloss Barracks is in line for closure has left Moray’s MP accusing the UK Government of ‘betrayal’.

Angus Robertson is reacting this morning to reports over the future of the Moray base, one-time home of the RAF’s Nimrod force until that was withdrawn and replaced with a much smaller Army presence.

Referring to the reported ‘impeccable’ source at the MoD who indicated that the Barracks were now under threat of complete closure under the ongoing Defence Estates Review, Mr Robertson expressed his anger and is reminding the UK Government over the promises they made when the RAF were withdrawn from the base.

He said: “The news from within the MoD that Kinloss Barracks is being considered for closure is a betrayal of the promises made to Moray in the wake of RAF Kinloss closing and the loss of the Nimrod Fleet.

“At that time the UK Government promised an army presence at the base and for that to be under threat in such a short space of time is totally unacceptable.”

Now the Moray MP is hinting at a repeat of the massive community protests that followed similar plans to close down RAF Lossiemouth: “Moray’s communities have been massively supportive of our military personnel based both at Lossiemouth and Kinloss. That support was clearly displayed during the ‘Save RAF Lossiemouth’ campaign.

“Tory defence cuts have hit Moray hard with the widely condemned decision to scrap the Nimrod Fleet. That should never have happened and if Kinloss were to close so soon after the Tory’s promises it would be a real kick in the teeth.”