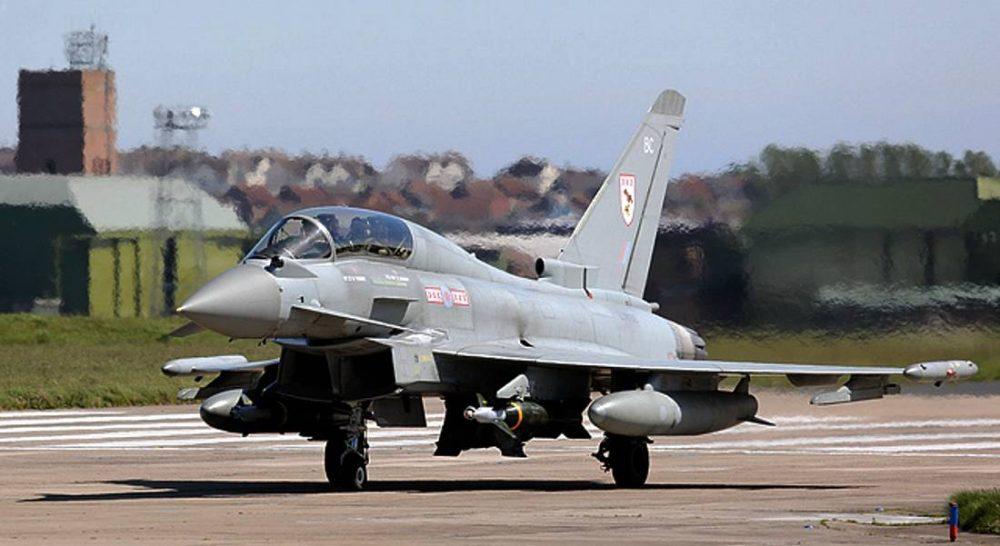 AN RAF LOSSIEMOUTH jet was called in to assist in a dramatic rescue operation over the North Atlantic when a Cessna light aircraft declared an emergency.

The drama began when the light aircraft which was transiting from Blackpool to Iceland developed an oil pressure problem.

Its pilot put out at distress call giving a position 90 miles from Stornoway – and warning that he believed he may have to ditch in the sea as he feared his engine may seize.

The Distress and Diversion (D&D) Cell at RAF (U) Swanwick in Hampshire located the stricken Cessna using their direction finding and radar equipment. Coordinating with the nearby Coastguard Aeronautical Rescue and Co-ordination Centre at Fareham, a SAR helicopter was scrambled from Stornoway.

Controllers also noted that the Lossiemouth Typhoon was close to Inverness – and vectored it to intercept the Cessna. The 2(AC) Squadron aircraft did so and remained with the Cessna flying ‘top cover’ should it be forced into the sea.

The SAR Helicopter also arrived on station and both it and the RAF Typhoon remained with the Cessna until its pilot was in sight of Stornoway and reported he would be able to land safely.

A spokesman for the Ministry of Defence said: “The D&D Cell is the world’s only dedicated aeronautical emergency control centre.

“Manned 24 hours a day, every day, the staff there monitor the international aeronautical distress frequencies and are ready to react at a moment’s notice. All aviation emergencies in UK airspace are controlled and overseen from this centre.”

The centre took over the duties that were operated from Kinloss until earlier this year.