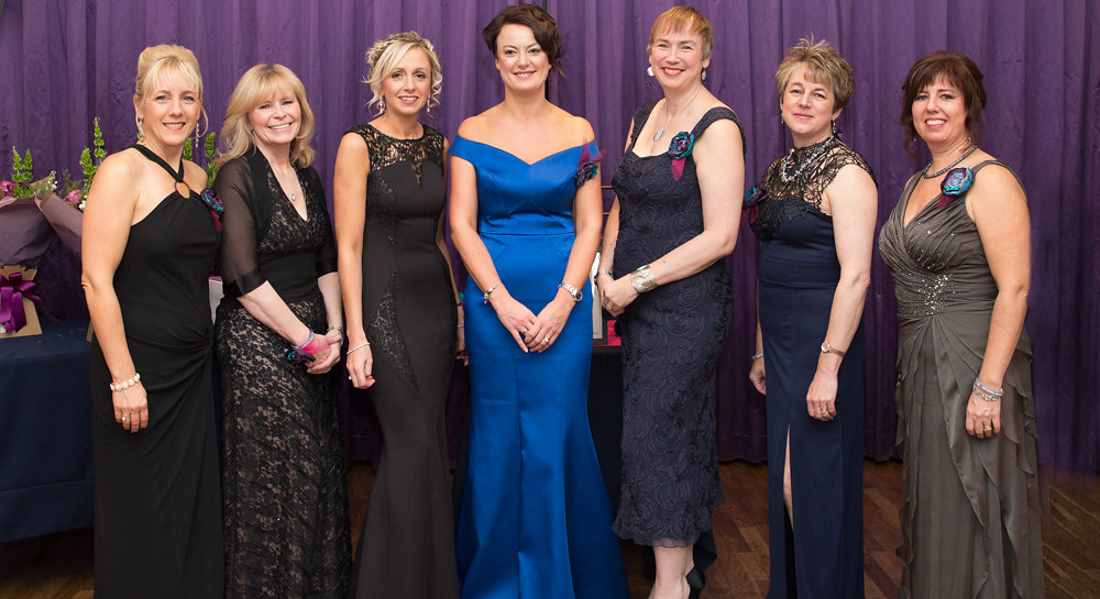 A NATIONAL BUSINESS award could be winging its way to Moray if the owner of a local business is successful later this week.

Jacqui Cruickshank, owner of the vintage tearoom ‘The Ditsy Teacup’ in Elgin, is a finalist in the ‘Most Enterprising Business’ category at the Association of Scottish Businesswomen’s Awards being announced in Glasgow on Friday.

Meanwhile for a second successive year the Moray Business Women’s Club, of which Jacqui is a member, is up for the Best Affiliate Group award.

Jacqui, whose business also handles outside catering for weddings and other events, scooped most enterprising business as the Moray Business Women’s Awards last year – and says she was delighted to be nominated for the national equivalent.

She said: “I am still getting over winning MBW most enterprising business award which was a huge and great surprise for me, so to be a finalist in the ASB most enterprising award is really magic and overwhelming.

“I am so excited for Ditsy’s future, we have some amazing plans for the next year which will really bring Ditsy out there. Long term, I don’t want it to just be a great name I want it to be the place to be and be recognised out with Moray. Ditsy will stand out from the crowd.”

Donna Harper, president of the MBWC, added that to be nominated for a second year in a row and in the club’s 10th anniversary year was fantastic: “We are over the moon to be nominated in this category again. It would be amazing to secure this win in the same year we are celebrating our 10th anniversary.
“Moray Business Women is now one of the largest business clubs for women in Scotland. Our membership is growing year on year.

“We hold regular meetings for networking, we have a mentoring program and each year we nominate a charity to support. There is a real feeling of support and friendship amongst the members.

“In June we held our first ever conference – Breakthrough to Excellence which was attended by over 50 people. As well as a series of workshops, we also secured motivational speaker, author and empowerment specialist Taz Thornton. It was a huge success and will now become a regular feature on our calendar of events.

“We also raised over £9000 for charity Lucy’s Fight for MND Scotland and this year our chosen charity is Moray Women’s Aid. We are proud of our charity commitment each year.

“We are up against some stiff competition in out category but feel success would be a great testament to the team effort of the group over the past 10 years.”

Last year, two members of the club took home awards. Margaret Reynolds of Dogrobes was presented with Most Enterprising Business whilst past president Carole Small of CAG Architects Ltd won Professional of the Year.

Nominations are now also open for the Moray Business Women Annual Awards. The awards which will take place on November 12 serve to showcase and celebrate the achievement of women in business across Moray in all sectors whether running their own business or working in business in both public and
private sectors. Nominations close on September 19.

For more information on the award visit www.mbwc.org.uk