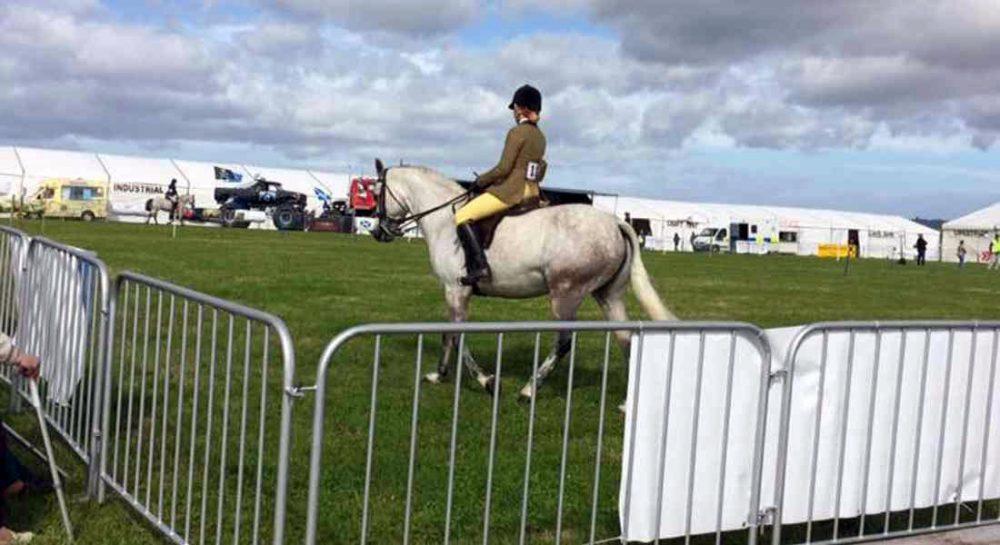 THOUSANDS TURNED OUT for one of the summer’s highlights on Sunday and Monday when the Keith Show managed to negotiate conditions that were far from ideal.

Among those attending was local MSP Douglas Ross, who congratulated the organisers for what he called a “great display” at a show that saw brisk trade.

An estimated 7000 people attended and were treated to monster trucks competing for attention with the more traditional farming activities and competitions.

Mr Ross said: “Once again the organisers of Keith Show have put on a great display. While the weather was not ideal, it was better than some feared with the forecast of gales and heavy rain.

“Watching the livestock judging it was clear there was strong competition across the breeds and it was good to see the Aberdeen Angus leader being named Champion of Champions.

“Earlier in the day the Aberdeen Angus section had some large classes and it was encouraging to see the stock which were turned out across the breeds.

“Visiting the trade stands many reported a brisk trade, particularly on the Sunday which is always good to hear. Now this successful show has ended thoughts will turn to next years and I am sure the committee will again provide a great show for the local area.”

Sunday is traditionally the ‘family fun’ day at the show while Monday sees the farming events. Following a successful opening day the show secretary, Tina Craib, said: “There was a great family atmosphere all day – and we had pet parades and dog shows that were designed to appeal to children.”

Two years ago the show was washed out after flash floods and torrential rain decimated the showground.