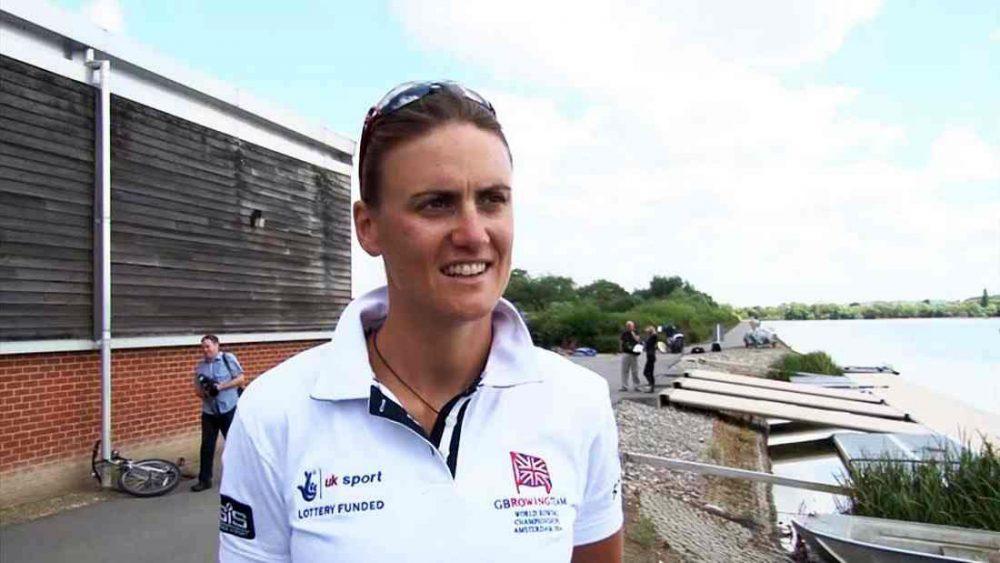 LOSSIEMOUTH’S OLYMPIC GOLDEN GIRL Heather Stanning will return home to Moray with a second Gold Medal after she and rowing partner Helen Glover retained their title at the Rio games.

The pair had to wait over 24 hours longer than expected to launch their medal bid after high winds scuppered competition in Brazil on Sunday – drawing an ironic parallel as rowers in the annual Raft Race in her home town saw their event cancelled for the same reason!

When the pair did take to the water they just edged out an over-performing Danish pair in tighter than expected finish – however, in the semi-final, again delayed, Stanning and Glover were in the supreme form they have shown in recent years.

In the final today all was calm on the Lagoa course as the British pair stormed to gold – underlining the superiority they have shown in the event having been undefeated since their gold medal in 2012.

Heather – who was awarded an MBE following her first gold medal win – and partner Helen quickly drew to the front of the field in their final, never looking like losing their grip on an event they have dominated for over four years.

Now another victorious return awaits the former Gordonstoun pupil, who between her Olympic gold medals returned to service with the Army, including a spell in Afghanistan.

Recently promoted to Major, it is unclear if Heather will continue with her military service, indicating recently that she was finding it more difficult to maintain her double life as an international rower and full time soldier.

All in Moray will, however, be proud to welcome their heroine home at the earliest opportunity as she continues to inspire young people with ambitions to follow in her Olympic footsteps.