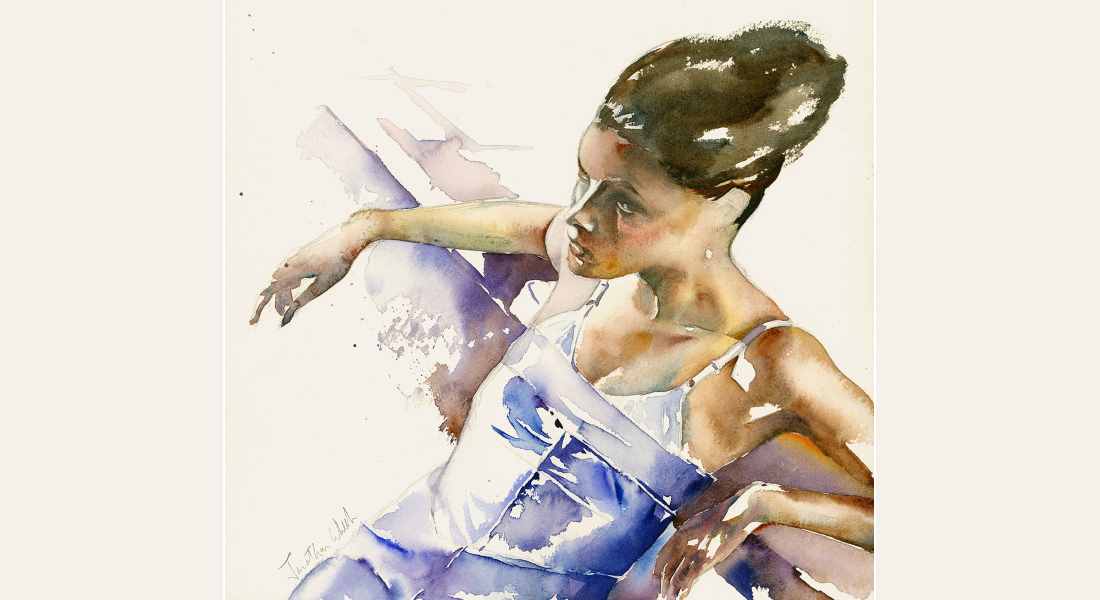 HIS WORK EXHIBITED in galleries around the world – but next week it is a home audience that is being offered the chance to view Jonathan Wheeler’s art in a new exhibition in Findhorn.

Jonathan’s work has featured in galleries around the UK as well as in the United States, Canada, Brazil and Australia – with much of it created from Studio 4 at the Moray Art Centre.

New work can be seen by Jonathan in an exhibition from August 30 until September 18 – and will be joined by that of Christa Gramatzky and Kathy White in the show given the apt title Jonathan Wheeler & Studio Friends.

“Jonathan Wheeler shows his beautiful and inspiring figure paintings and drawings for the first time in an exhibition.

“Kathy White documents a year she spent on the island of Erraid in a series of dramatic landscape paintings while Christa Gramatzky shows her deep creative connection through a series of vibrant abstract paintings.

“The majority of the pieces in the exhibition were created in the Moray Art Centre.”

Jonathan has channelled much of his creative energy in his teen years into drawing faces – his favourite subjects were family, musicians and footballers who played for his local team. His desire to draw and paint figurative work has never left him and is stronger now than ever.

With this exhibition, Jonathan is reminding himself to paint and draw more figures – to increase his commitment to his passion for this subject. He believes there is a lot more to come in the future and much exploration he would love to do. He is excited about this renewed development in his artistic life.

Jonathan, Christa and Kathy have shared the studio at the Moray Art Centre for the past two years.

The dedicated space helps all of them with their creative lives. It provides quiet, a calm energy and easier connection with inspiration and creativity. The company and support of fellow artists adds further inspiration to the process.

The artists would like to express their thanks to the Moray Art Centre and Randy Klinger in particular for creating this inspirational place.