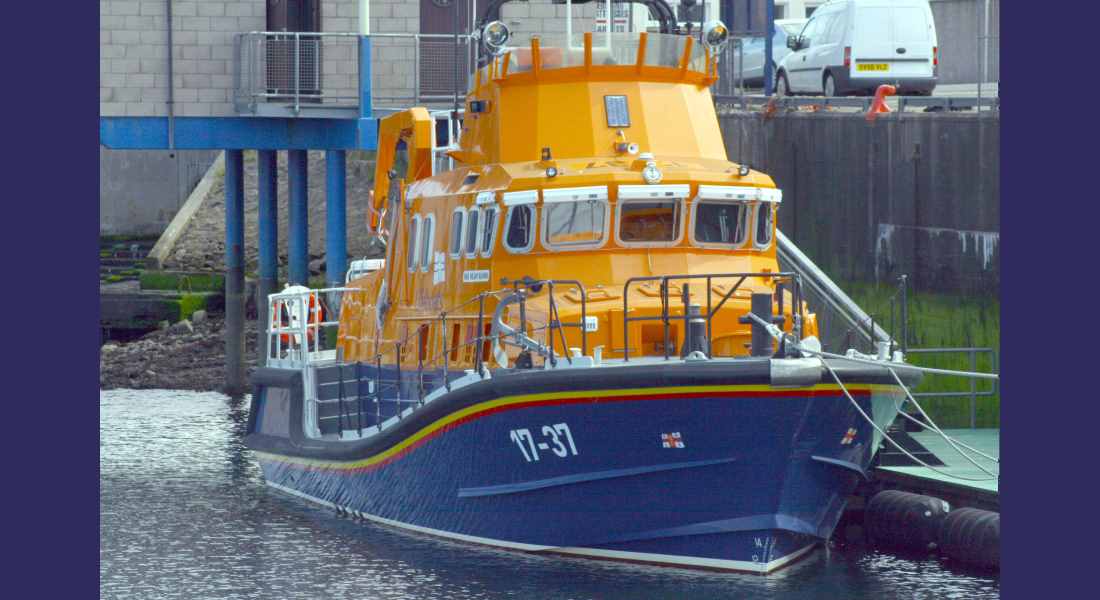 THREE PEOPLE FOUND themselves in a life-threatening situation when they became cut off by an incoming tide at Lossiemouth.

A local Coastguard rescue team and the Buckie Lifeboat were called to the coastal town on Monday evening after reports of the three being cut off were received.

A spokesman for the Buckie Lifeboat said: “We were launched to help three people who were cut off by the tide behind Lossiemouth Harbour.

“Assisted by Coastguard units, two of those in trouble had manged to scramble ashore – but the third was plucked to safety by the ‘y’ boat – the lifeboats daughter craft. The casualty had no lifejacket or safety gear.”

On the Buckie Lifeboat Facebook page, local Tyrone McCauley related how he and his daughter were also caught out by the tide earlier in the day between Hopeman and Lossiemouth.

He said: “Since moving to Buckie last year, my daughter Kira Turner and I have become “fairly” experienced at coasteering.

“The Moray coast is now our playground, and quite challenging at times. We always go out kitted up in wet-suits, life jackets etc – and always plan our excursions around the weather, tides and sea conditions.

“That, however, is no guarantee of safety, as we found out yesterday morning. We were between Hopeman and Lossie, making our way to the Sculptors Cave, when we noticed the tide and sea had become a lot rougher than they had been earlier.

“Rather than be caught out by it, we turned back, but still managed to get cut off, just 10 yards from safety. We managed to judge the gaps in the waves and escape the sea, though at one point I did get washed off my feet, and taken maybe 10feet out – and the sea claimed one of my wet-shoes.

“We fully respect and support the work of the RNLI, and cannot stress enough to people how dangerous and unpredictable the sea is. The equipment we use was not expensive, and could easily save lives if need be.

“We hope we never need the RNLI’s help, but we do feel reassured knowing you’re just a call away.”