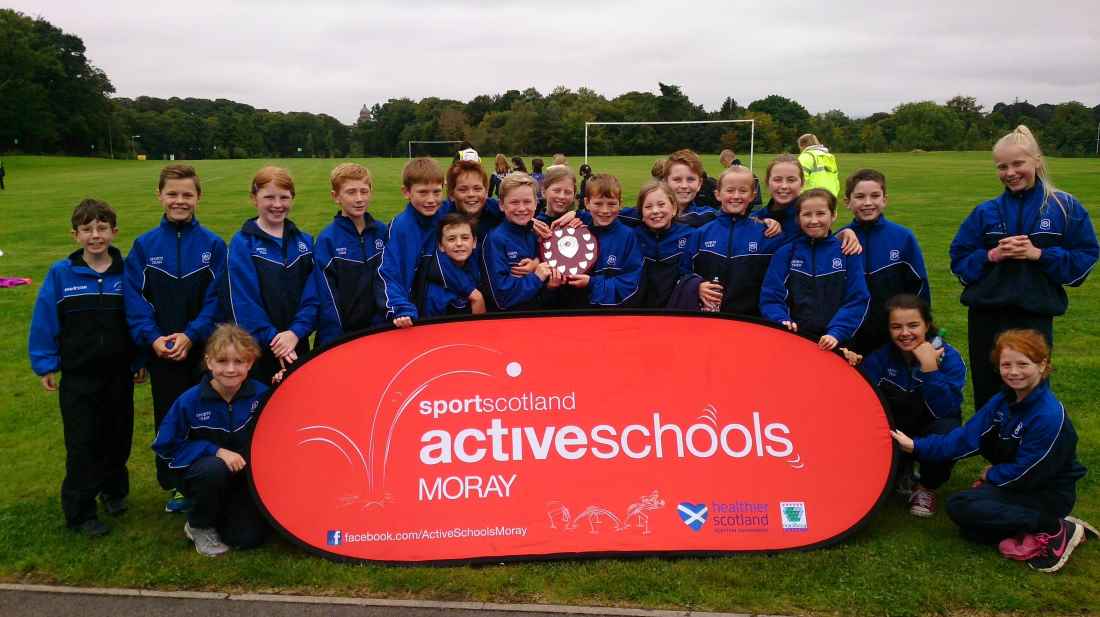 AN INSPIRATIONAL PE TEACHER is behind a Moray school sports team who ‘nailed it’ at the Elgin Primary Schools Orienteering Festival.

The first of five local events for primary schools was held at Elgin Academy – all heading in the direction of the Moray Schools final taking place on October 6 at Gordonstoun.

Primary 7s from seven of Elgin’s eight primary schools came together to see who was the fastest navigators in the area.

It was Bishopmill Primary who overcame their arch-rivals West End to take the honours in the event organised by Active Schools co-ordinator Roy McPherson – and a large team of volunteer helpers.

Bishopmill’s secret weapon came in the form of PE teacher Jen Bichan, who had been honing the pupils’ orienteering skills throughout the term.

The sport involves running with a map to see who can find a series of electronically-tagged control station in the fastest time – and to get the pupils in the mood, Jen turned up with her nails specially painted to match the distinctive red-and-white marker flags placed at each station.

West End’s ‘girl power’ was neutralised by the suitably fired up Bishopmill boys who took the top three places in the Boys race thanks to Finlay Sutherland, Lewis McWilliam and Robbie O’Neill. Despite first and third from West End in the shape of Jessica Nairn and Cara Christie in the Girls’ race, the Bishopmill girls took fourth (Millie Carr) fifth (Hannah Gamba) and sixth (Ella Howie) to top the points table.

The Lossiemouth schools event is being held tomorrow (Friday) while the Forres, Fochabers and Keith areas have their events in the following two weeks.

Each school will then select their best four boys and four girls to go to Gordonstoun in October, where the leading schools will gain an all-expenses paid trip to the Scottish Schools Championships next June thanks to sponsorship from Inverness law firm Innes & Mackay.

But school pupils don’t have to wait that long to test their map running skills again. Moravian Orienteering Club is staging the next of their Saturday Series Events at Roseisle this Saturday.

The event is based at Burghead Primary School and all school pupils talking part will score points for their school in the Moray and Nairn Schools League. Over 160 pre-entries have been received, meaning that the event will be the biggest yet staged in the series. Entry is open to all (including adults) with details at www.morvianorienteering.org.