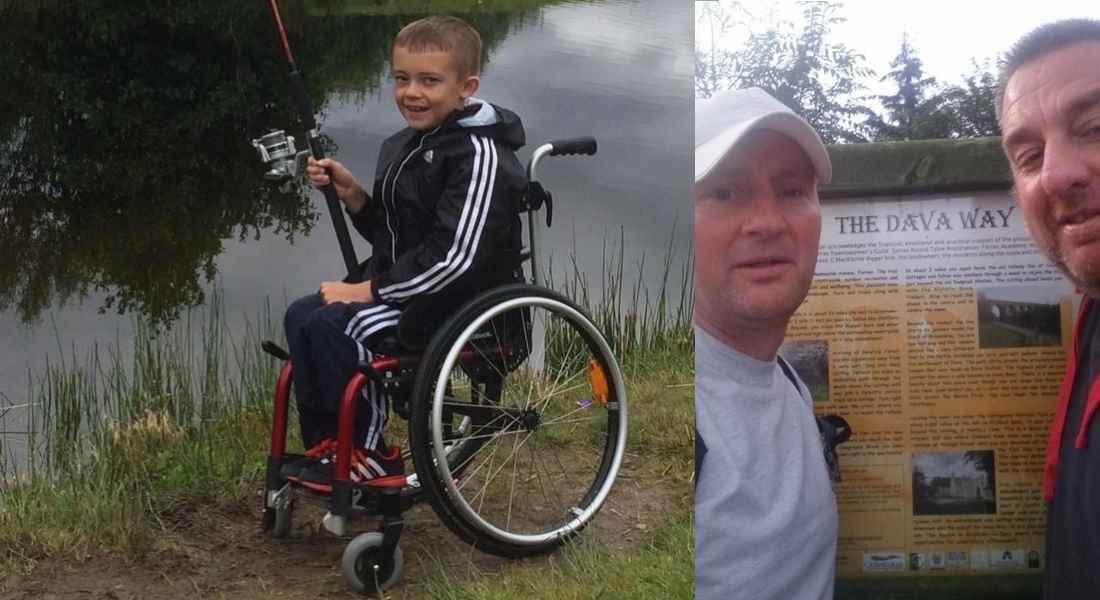 EFFORTS BY FORRES man Callum Finlayson to take on the testing North Coast 500 by bike has been given a massive boost by an Elgin hire company.

Former soldier Callum has already achieved amazing feats since being struck down with the rare Neurosarcoidosis condition that affects the lungs and brain.

That has not, however, stopped his determination to succeed – notably through success two years ago in the 100-mile Scottish Cycling Championship.  Since then he has set up his own charity, Pedal Strokes, which raises funding for individuals suffering from Epilepsy, Sarcoidosis, Stroke or Head Trauma.

This week Callum is taking on the 500-mile trip to raise awareness and funding for Forres boy Charlie Skivington, who suffers from cerebral palsy – and his challenge will be much easier thanks to Elgin-based firm Highroad Campers.

Callum, who is being joined on the challenge by old Army pals Alan Clark and Davie Raeburn, told insideMoray: “We head off on the four-day challenge this weekend but we had a major problem in that we were finding it difficult to hire a suitable support vehicle.

“Then this week the amazing Highroad Campers stepped in and offered the use of a van for the duration of the challenge – now we are raring to go. We simply cannot thank them enough for their generosity and that of our sponsor, Gordon and Melissa Brailsford at the Mosset Tavern.

“Their kindness is going to make our trip a great deal easier – we are extremely grateful to them.”

The three friends will set out on their first 143-mile leg from Inverness to Gairloch on Sunday, before covering a further 151, 106 and 115 miles in successive days.

“We will have a little bit more help and company along the way,” Callum said, adding: “As a few people will join us for spells along the way – and if anyone living on the route would like to chip in with a cup of tea we would love that!”

Callum has set a £2000 fundraising target for his effort – with the first £750 of that already pledged. Anyone wishing to back the run can do so via its Just Giving page.

For further information on Highroad Campers visit their website.