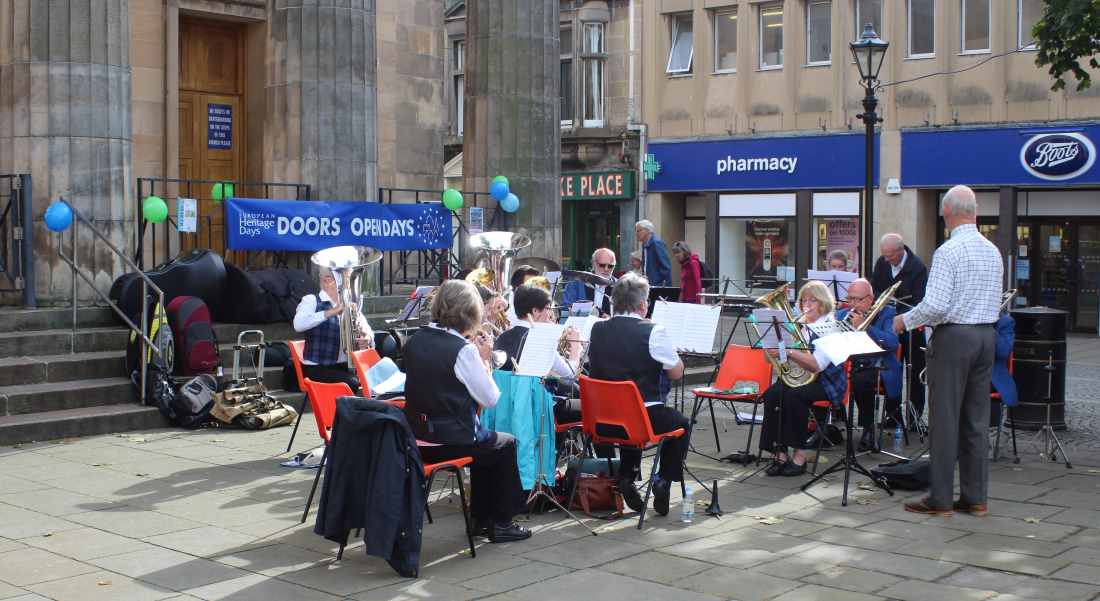 A CLUTCH OF Moray buildings threw their doors open on Saturday for national ‘Doors Open’ day – and none proved more fascinating than the local Sheriff Court.

A building that will normally strike fear and apprehension into those walking through its doors was filled with smiling faces young and old as they were conducted from the main courtroom to the cells.

Scottish Courts staff gave a detailed and extensive explanation of the courts system – what people might expect were they to be called for jury duty and what, indeed, they might expect if they have fallen the wrong side of the law and appear for far more personal reasons.

Where in the past selected towns have hosted individual Doors Open days, this time 16 different buildings throughout the region were open to the public for free access on Saturday. Several Churches were included as was the Elgin Fire Station – where the day began with a real-life emergency as two of its engines departed to deal with a major house fire in Burghead.

It was, however, perhaps the Sheriff Court that held the greatest fascination with one visitor commenting: “You read about the cases that appear here and so when the chance came to actually have a look I could not resist.

“It was an fascinating insight into our court system – after learning more about what jury duty involved, I have to admit that I’ve very little fear about being called in future.

“Having seen the cells, however, I’m pretty sure my 10-year-old son will perhaps have a great deal of respect for the law and do all he can not to visit again!”