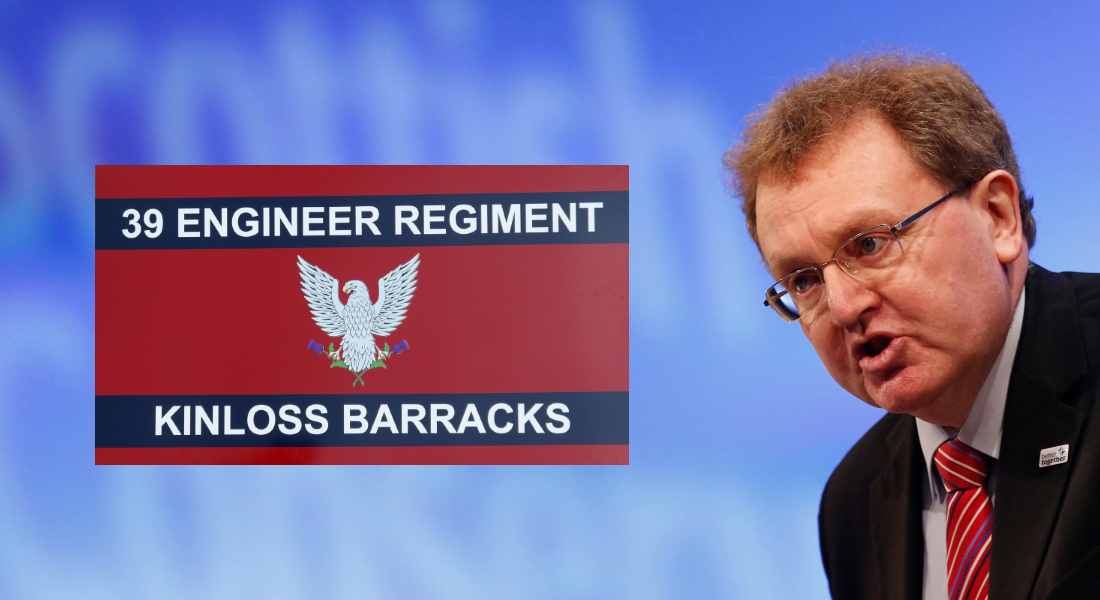 THE MORAY ECONOMIC PARTNERSHIP (MEP) has renewed calls for consultation with the Ministry of Defence over fears for the future of Kinloss Barracks.

The call comes despite a clear signal from the Scottish Secretary that the Army’s presence in Moray was not under threat.

Concerns were sparked by Moray’s MP Angus Robertson that defence chiefs were considering Kinloss for closure, following which the MEP organised a ‘Kinloss Working Group’ – and it was at their meeting on Friday that an Economic Impact Assessment commissioned by Highlands and Islands Enterprise was discussed.

The group was also told that any consultation in advance of a final decision over which UK bases would be affected by their current land estates review had already been ruled out by the MoD.

Mark Lancaster, Minister for Defence Veterans, Reserves and Personnel, said: “When a decision has been made on the future of any site the MoD will begin the process of detailed planning and necessary engagement with the stakeholders concerned.”

The working group heard that the economic impact on Moray of closing Kinloss Barracks would be around £30million – providing a sharp reminder, according to MEP chairman John Cowe, of the consequences any closure might bring.

He said: “It was a huge blow to Moray when Kinloss closed as an RAF base and it was welcome news when the Government announced it would become home for the Army’s 39 Regiment of the Royal Engineers.

“This report highlights the continued importance of the Kinloss Barracks to the local economy and its closure, against a background of an ongoing downturn in the oil and gas sector, would have a huge impact in Moray.

“We were promised consultation and we continue to urge the MOD to meet us to discuss their process and plans.”

The assessment report, which is based in part on recent figures supplied by Kinloss Barracks, suggest that as many as 1000 jobs could be lost to the region – based on army personnel, contractors and suppliers.

Mr Cowe said: “Moray has a long tradition of welcoming the armed forces and we want Kinloss Barracks to remain, with the obvious benefits that brings for the local economy.

“It is still not clear what the UK Government have in mind and we continue to urge them to deliver on their promise of consultation on the future of the site, whatever that might be. We need clarity to allow us to explore options, should closure be imposed upon us. Surely that is the least the people of Moray can expect?”

Earlier this month the Scottish Secretary, David Mundell, gave the clearest indication that Kinloss would emerge unscathed from the MoD deliberations, matching the Moray base favourably to the position faced by Fort George Barracks he said: “The issues in relation to Fort George as a facility where servicemen are based are well known in terms of its age, its condition and the overall nature of facilities there.

“Kinloss on the other hand is a relatively new Army facility. I do not see what basis there was for the speculation that it was going to be closed or reduced.”