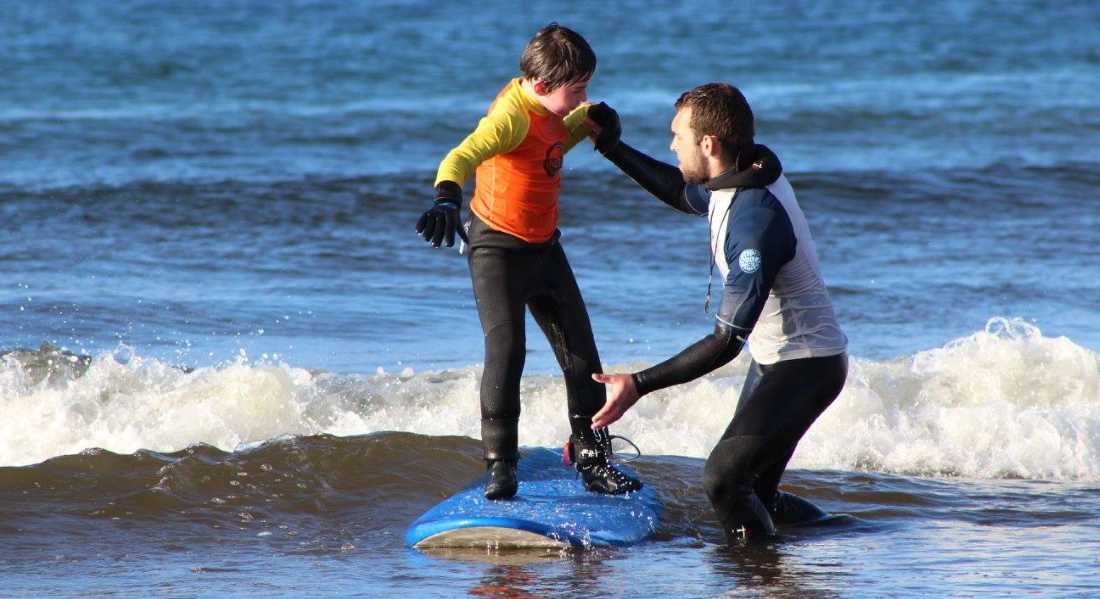 AN EXPERIENCED SWIMMING coach is being threatened with a second ban from the Moray Leisure Centre for breaches of safety rules that both he and parents say are ‘ludicrous’.

Last year there was widespread protest when Kevin Anderson, who is a fully qualified coach specialising in providing swimming and surfing lessons for Autistic adults and children, was banned from the Moray Leisure pool.

Mr Anderson is fully backed by the National Autistic Society in Scotland, who slammed the MLC management in November when they banned him for three months claiming that he had breached their safety rules.

The latest threat came in a letter from Moray Leisure’s chairman and the pool manager, accusing the coach of two “contraventions” and warning him that he was facing a six-month ban. However, both Mr Anderson and parents of the young people he coaches are angered by the latest accusations, insisting that they are both unfounded and confusing.

Posting on this ‘Riding High’ Facebook page, Mr Anderson said that the charges appeared to relate to a child being left unsupervised in August and a second child being left “struggling in the water too long”.

He said: “Never have I left a child without proper supervision. This statement is so vague that I can only guess what it is referring too – the only point it could be was from last month when I remember a pool supervisor whistle me to tell me to keep a child closer to me.

“I did so straight away but felt this was pathetic as the child was under constant supervision already and was no more than 1 or 2 metres away from myself in the water so actually had “proper supervision.”

The second charge, Mr Anderson said, was little more than “atrocious lies”, saying it referred to a child with ASD and accused the lifeguard on duty at the pool of not having sufficient experience to recognise the unique situation.

He said: “This inexperienced Lifeguard does no know that this kid has ASD and therefore I do not force technique through long explanations, but instead focus on comfort and safety in the water.

“So although his treading water looked rough it was actually competent. The lifeguard told me to stay closer to the boy who was doing fine, I explained that he was good and I let him finish his practice for a few more seconds, picked him up when I was happy he had finished what I asked him to do and he was fine.

“[There was] no chocking or swallowing water or panicked/distress in any way so he was not struggling. The boy then practised the same exercise for longer twice more – and on both occasions tread water for longer, then swam back to me confidently with front crawl arms. Again not someone who is struggling – the supervisor even noted this.”

Last night the parent of the second child, Sarah Drew, contacted insideMoray offering her support for Mr Anderson. She said: “The ASD child he has mentioned is my son and I can fully support that the Moray Leisure Centre are not telling the truth on this – the situation was exactly as Mr Anderson explained it.

“My son loves his swimming lessons and it’s the only ‘neuro typical’ activity he has ever been able to do and absolutely loves it. The pool lifeguards are inconsistent in their dealings with Mr Anderson’s classes and simply do not understand the specialised nature of the work he does.”

Mr Anderson has pledged to fight the latest threat, saying: “It was a grossly unfair ban the first time I was set up – now it has gone even further and it simply has to stop.

“I will write back to the centre explaining again how they have got it grossly wrong.”