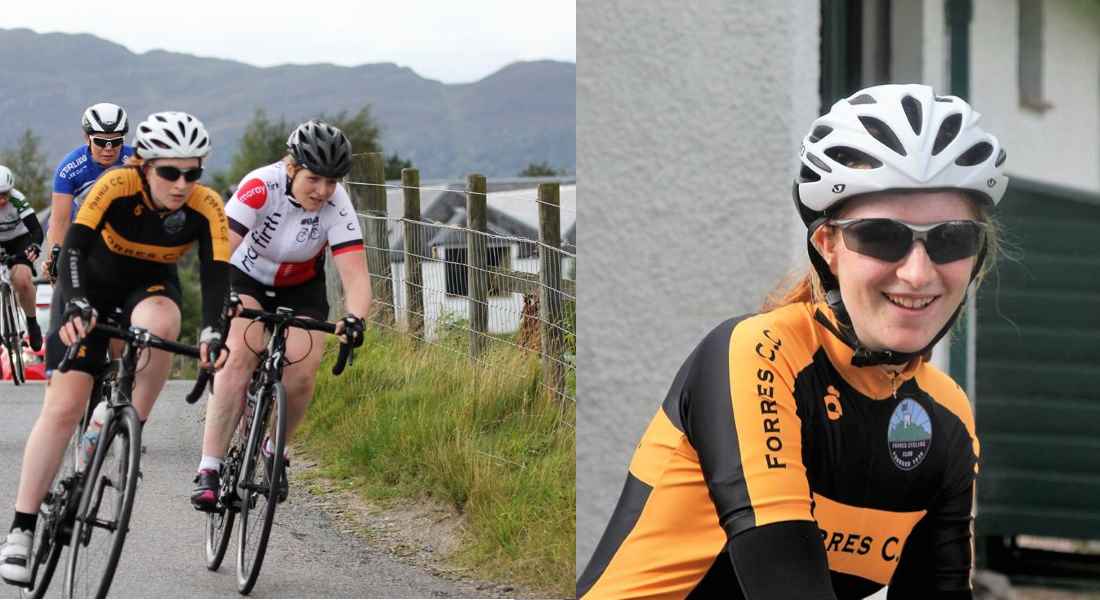 AN EXCITING FUTURE in her chosen sport appears to be assured for a young Moray cycling star after she clinched gold in a national time trial last week.

Georgia Mansfield was recently inspired when she met one of her Olympic cycling heroes, Rio gold medal winner Callum Skinner – now she has tasted a little bit of gold herself!

The Miltonduff youngster closed the 2016 cycling season by taking gold at the Scottish National 25 Time Trial in the Junior category when she competed in Irvine. Georgia not only won the race – she sped over the line with a new personal best that was over five minutes ahead of her nearest rival.

Georgia has been improving her performance levels throughout the year – so the final weekend of competition underlined her determination and was seen as a triumph of her training programme under coach Peter Ettles.

Even after returning home from the championships, there was no chance of her relaxing – she immediately made her way to Kincraig on Sunday to take part in the Sally Anne Low Memorial event, part of the Scottish National Womens’ road race series.

Once again Gerogia pressed hard on a challenging course and finished first in her category – ahead of several senior competitors.

That well-earned rest is now under way – although it will be short as she is already planning her winter training programme ahead of a 2017 season when she is determined to build on the success of this year.