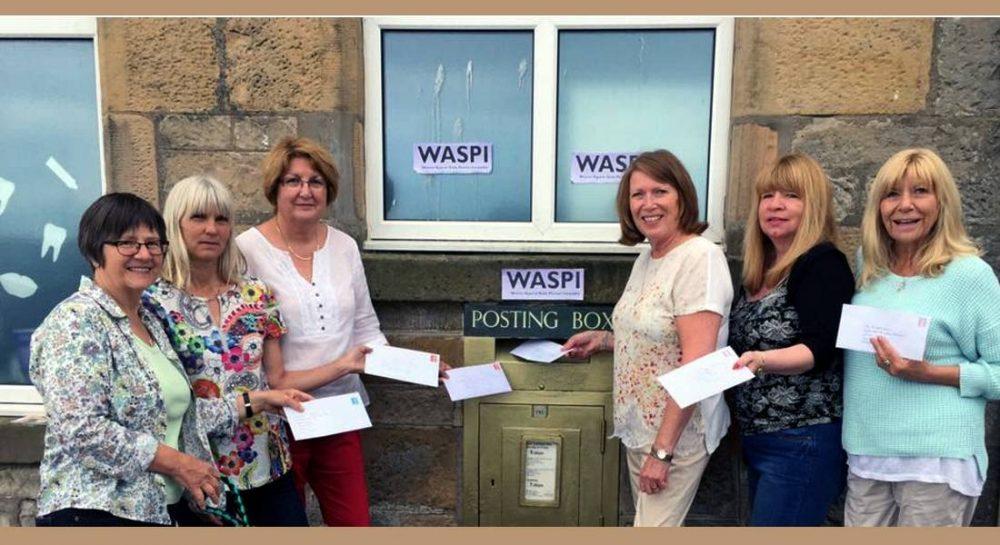 A GROUP OF WOMEN from Moray are set to join thousands from around the country when they protest ‘unfair’ pension changes for women born after April 5, 1951.

They will be joining members and supporters of the Women Against State Pension Inequality (WASPI) campaign on Friday by holding a local protest on the Plainstones in Elgin from 10am until 2pm.

The protest aims to bring public attention to the hardship and unfairness suffered by women under the pension arrangements that saw many have their pension age changed twice – for most, too late in their lives to allow them to make any alternative financial or work arrangements.

Moray WASP group spokeswoman Sheila Forbes said: “We will be handing out leaflets, talking to people and getting our petition signed ready for presentation to the Westminster Government in October.

“Angus Robertson, MP, has indicated he will join us at 11am to show support. In addition, we will be inviting our local Councillors and MSP to come along to hear our case.

“From small beginnings a year ago, the national WASPI Campaign has gained the support of over 40,000 women, cross-party politicians, journalists and equality campaigners. WASPI agrees with the equalisation of State Pension Age for women and men – but the burden of change has fallen on our shoulders.

“1950s women are in a birthday lottery, having been selected due to their age and gender. In some instances, women born in the same year are getting their pensions two years apart – it is totally unfair. Many have had a six-year increase in pension age resulting in a loss of income of around £40,000.

“It is time for the Government to admit to the failings in communication and give us our pensions. We’ve paid our National Insurance for over 40 years, now let us retire with our pensions and make way for younger people in the work place.”

Last night Angus Robertson MP confirmed that he would be supporting the women on Friday, saying: “I am pleased to be able to support Moray’s WASPI campaigners in their efforts to highlight pension inequality.

“The UK Government has imposed new pension rules that discriminate against women born in the 1950s and that is not acceptable.

“Pension planning is a very long-term process and to introduce major pension age changes without giving the women affected appropriate time make the necessary changes to their pension plans cannot go be allowed to go unchallenged.

“Tory changes to the state pension scheme have left hundreds of thousands of women with a much reduced income and the SNP will continue to back their campaign in Westminster.”

The protest forms part of the WASPI National Day of Local Action, where groups from all over the country have planned a huge range of events to bring their cause to public notice and which should leave people in no doubt of the groundswell of support that this campaign has now gathered.

To learn more about the WASPI campaign visit them online at www.waspi.co.uk – contact for the campaign in Moray is by email to moraywaspis@gmail.com.