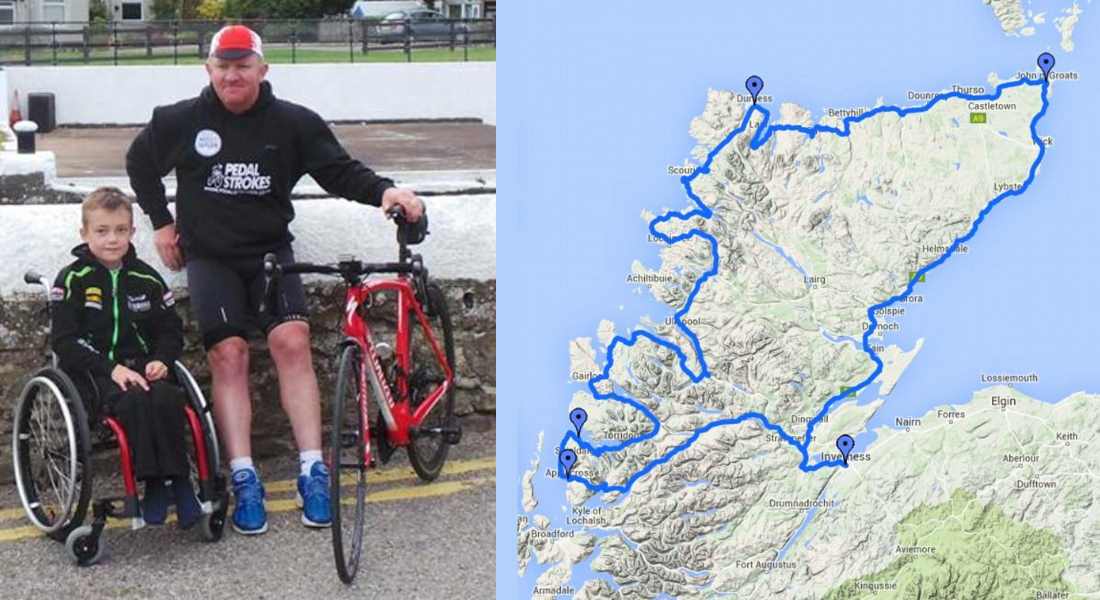 MORAY’S CALLUM FINLAYSON has drawn high-level praise after completing a cycling challenge that saw around £3500 being raised for two local causes.

Callum, a former soldier from Forres who was struck down by neurosarcoidosis and later a stroke, showed remarkable determination to battle back to fitness.

He did so in the saddle of a bike – and ultimately went on to win the 100-mile Scottish Cycling Championship.

Earlier this month insideMoray told of how Callum was taking on the ‘North Coast 500’ in an effort to raise funding for local disabled boy Charlie Skivington and his own charity Pedal Strokes – a task he achieved with flying colours.

The Labour MSP said: “This is the type of local story that I like highlighting – I have tabled another Parliamentary Motion within the Scottish Parliament congratulating Callum on his achievement.

“These are the stories that should inspire us all, for Callum to have gone through all he did but still have the courage and determination to fight back to fitness and become a cycling championship winner is tremendous.

“Not content with this success, Callum has continued to challenge himself as he set up his charity Pedal Strokes and he continues to raise money for good causes.

“Having heard about young Charlie Skivington also from Forres and who suffers from cerebral palsy, Callum decided to get on his bike again and raise funds to buy a better adapted cycle for young Charlie, and he also hoped to have raised enough money to further help his own charity.

“I would just like to say well done to Callum once again and I hope young Charlie enjoys his new cycle.”