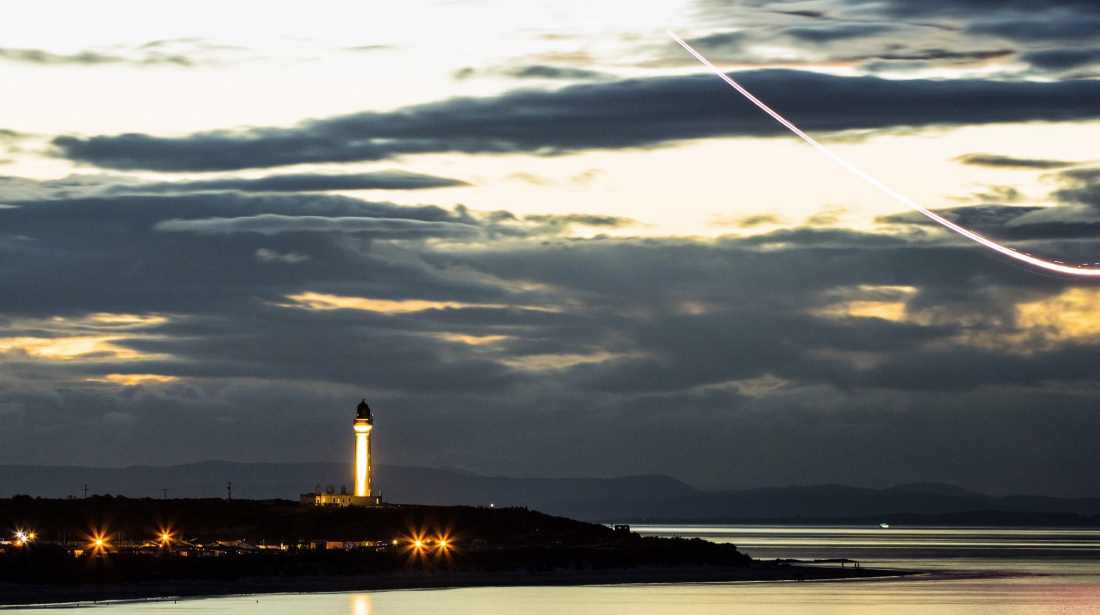 HEATHER STANNING HAS provided a heartfelt thank you to the people of Moray for their continued support through the years of hard word that led to two Olympic gold medals.

Monday was a very long day for the lady who left Moray to pursue a career in the Army – and ended up as one of the most famous UK Olympians who, with her rowing partner Helen Glover, has been undefeated in their discipline for over five years.

In the eyes of many, Heather should have received the Freedom of Moray four years ago – but that was put right this week when Councillors welcomed her into the debating chamber and provide the accolade she so richly deserved.

Heather then went on to the very personal homecoming in Lossiemouth’s Town Hall, before witnessing the golden lighting of the local Covesea Lighthouse landmark in her honour.

“For me I’ve never shied at doing something that I’ve wanted to do – but kind of selfishly I’ve been away training for the last few years,” Heather said when asked how she felt about the welcome and support she had received from her own people.

She added: “You have to put at the back of your mind the impact that you have on other people – so it is really nice to come back and hear about how people have been following you, I know that every time I come home or speak to my Dad there is always someone wishing me well.

“That is really nice and I do feel very well supported by Moray – so a massive thank you to everyone for coming out and welcoming me home today.”

Watching her being awarded the Freedom of Moray was Douglas Ross MSP, who continues as a Moray Councillor on an unpaid basis until next year’s local elections. He said: “I was delighted to attend the Full Council when it was agreed to bestow this honour to Heather in recognition of her continued sporting success.

“The Freedom of Moray is not something which is presented very often and clearly shows the high regard the Council and residents have for Heather and her tremendous achievements. She is a great inspiration to athletes young and old and it is right that we pay tribute to her achievements.

“I was pleased to lodge a motion in the Scottish Parliament to recognise this further award in her sporting career.”

Heather will visit schools in Lossiemouth today before heading back to London for a series of prior commitments as the post-Olympic celebrations continue.