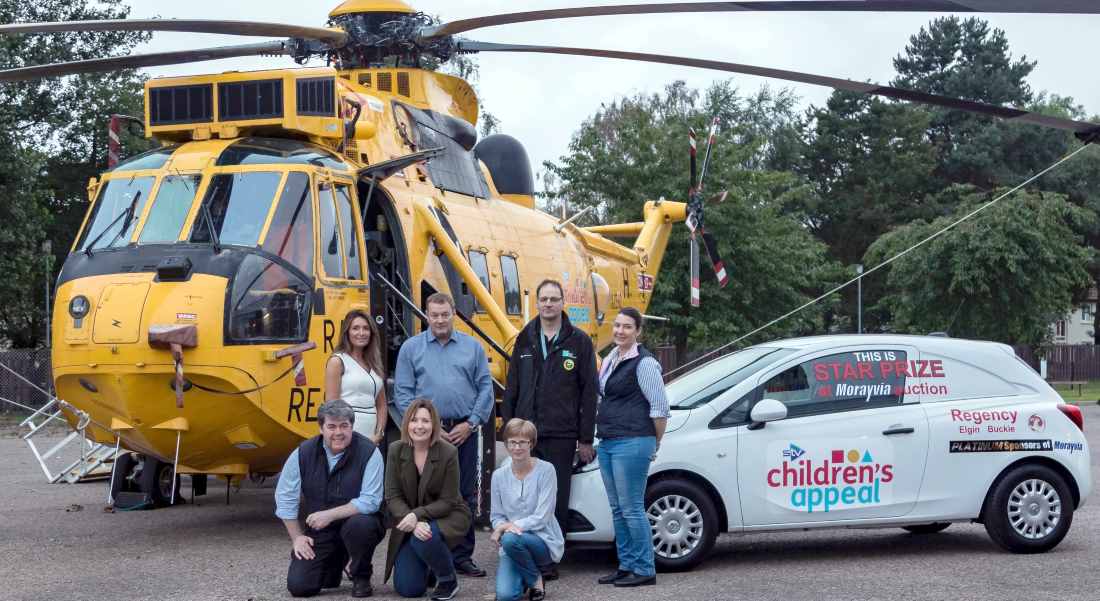 A MAJOR BOOST has been delivered to the joint efforts of Morayvia and the STV Children’s Appeal ahead of their gala fundraising dinner this month.

Guests who are snapping up the tickets for the Moray event of the year will be offered a chance to bid for a new £12,000 van following a generous donation from Charlie Milne from Regency Buckie and Elgin.

Mr Milne made his move in recognition of the work Moray’s Science and Aviation centre has carried out in establishing a world-class attraction in the region that recognised both the rich past and future of Moray.

The Corsa van will be the star prize in an auction at the gala evening in Innes House near Elgin on Saturday, September 17 that will see celebrity auctioneer Jonty Hearnden from STV’s ‘Cash in the Attic’ in control of the gavel.

For fans of the nation’s favourite detective John Rebus, there is also the thrilling prospect of bidding for a dinner for two in the company of Ian Rankin, the Edinburgh-based author and creator of the Rebus books that sparked a major STV television series.

Mr Milne said he was “delighted” to help as he handed over the van at the Moravia centre in Kinloss yesterday: “Morayvia is a great asset for Moray and we are delighted to help – with the event also benefiting Scotland’s children living in poverty as it raises funds for The STV Appeal it’s something we are only too happy to get behind and support.

“The car is an auction prize that can only add value for the successful bidder and we wish everyone luck on the night.”

For lovers of Walkers Shortbread there is also a chance to bid for a year’s supply of the Aberlour firms output!

The glittering evening of entertainment will begin with a screening of extracts of STV’s ‘Rescue’ series – accompanied by a question and answer session with the real-life heroes of the programme, former crewmen of the Sea King SAR service that once graced the skies from their base at RAF Lossiemouth.

Further entertainment will be provided through the fun and magic of renowned magician Manuel Martinez as guests enjoy a four course meal catered by 1629 Restaurant in Lossiemouth and music from North East band Current Affair.