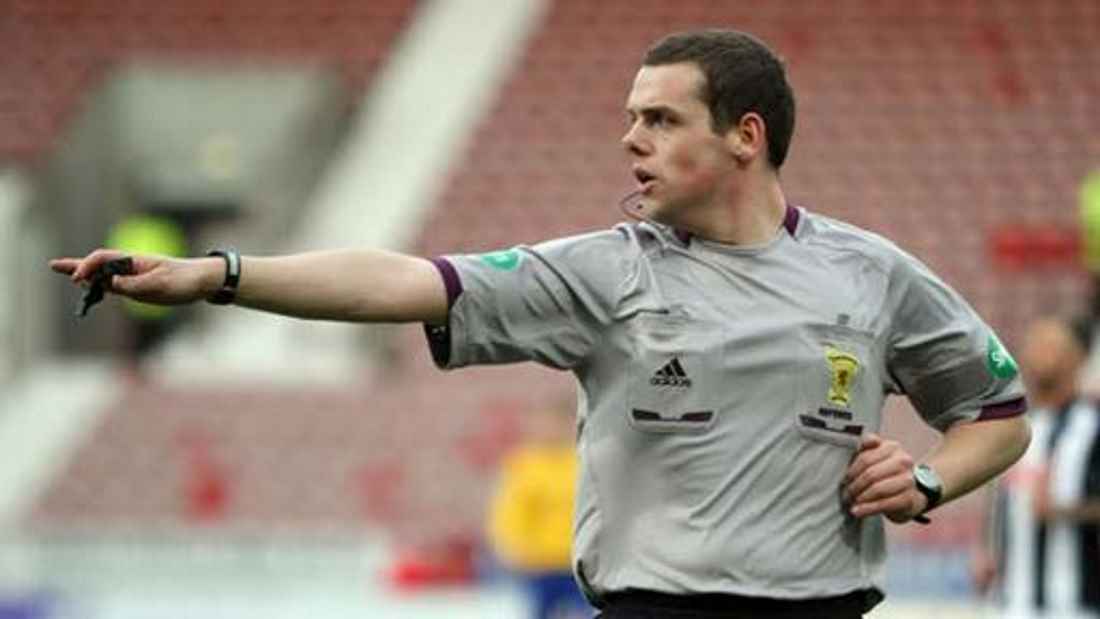 NEVER KNOWN TO avoid asking the more difficult questions in the Moray Council Chamber, Douglas Ross is now ruffling a few feathers on a national stage.

The Fochabers/Lhanbryde Councillor has been one of the busiest MSP’s at Holyrood since his election earlier this year – trebling up on his duties as he continues to officiate at major football matches including last week’s Old Firm derby.

While the SFA frown on any match officials commenting post-match, they have never quite had to face the issue of one of those officials being an MSP and, as such, very much entitled to comment on national issues.

Few people in Moray then will be surprised that Ross has been making the headlines today, making his own position clear by commenting: “If there is something I need to comment on after a game, I will.”

The MSP was speaking out in a Sunday newspaper over dreadful scenes at the first Old Firm league game in several years – and a subsequent decision by the SPFL to allow the next Derby clash to take place on Hogmanay, a fixture that has been steadfastly avoided in recent years.

Commenting on the effigies wearing Rangers scarves being hung from a noose by Celtic fans and the Celtic Park toilets destroyed by Rangers fans, Mr Ross said: “I did not see the effigies but it is totally inappropriate – there is no other word for it.

“Why would a fan, or fans, think that was a suitable thing to do when they should be concentrating on supporting their team against their great rivals?”

“Likewise the fans who destroyed a toilet block – why would you think about doing that? You would not get away with this behaviour at any other sporting event, so why should it be acceptable at a Scottish football match.”

The Tory Justice spokesman at the Scottish Parliament, Mr Ross said he agreed with Police Federation concerns over the decision to play the next Derby on Hogmanay.

“I find that a bit surprising – the police have a long night ahead of them. I do wonder how sensible it is to have that game on Hogmanay.”

In the article Mr Ross made it clear that sectarianism in football has to be eradicated – however, he opposes the SNP’s Offensive Behaviour Act, saying: “I don’t think that it is required – we have legislation without the need to have this bill. You have cross-party consensus in the Scottish Parliament – with the exception of the SNP – that it is bad legislation.”

Mr Ross added that he had told Labour’s James Kelly MSP that the Scottish Conservatives would support them in repealing the act.