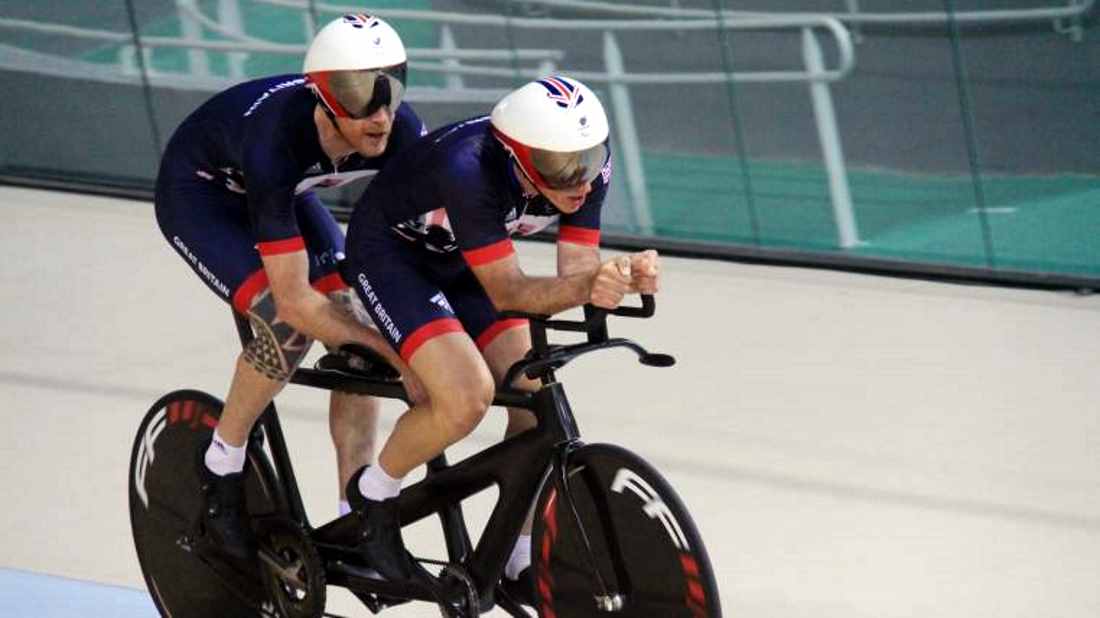 FOR EIGHT YEARS he was at the heart of one of the most successful social enterprises ever launched in Moray – now he is a Paralympic Gold Medal winner!

Steve is very well known in Moray having worked for eight years at the Lossiemouth-based Outfit Moray – during which time he was instrumental in the establishment of Bike Revolution, a successful business that refurbishes bicycles.

Steve left Moray with his wife Caroline just over a year ago to concentrate fully on his Olympic dream – a remarkable journey that saw him take to the saddle only a few years ago. Now that dream has become a reality as the coveted gold medal was finally draped around his neck.

Having taken up cycling only after being encouraged to try by Team GB member Karen Drake when taking on El Capitan at Yosemite National Park three years ago, Steve gave it a try – and was rapidly accepted onto the Paralympic team. With Adam he won the British road and time trial championship a year later – and set their path firmly on Rio.

He quit his post as manager of Bike Revolution and left Moray to concentrate on his preparation for Rio – a move that has paid off to the delight of all his friends in Moray.

Steve and Adam broke the world record in qualifying for the final on Thursday – before defeating the Dutch pair to take the gold medal.