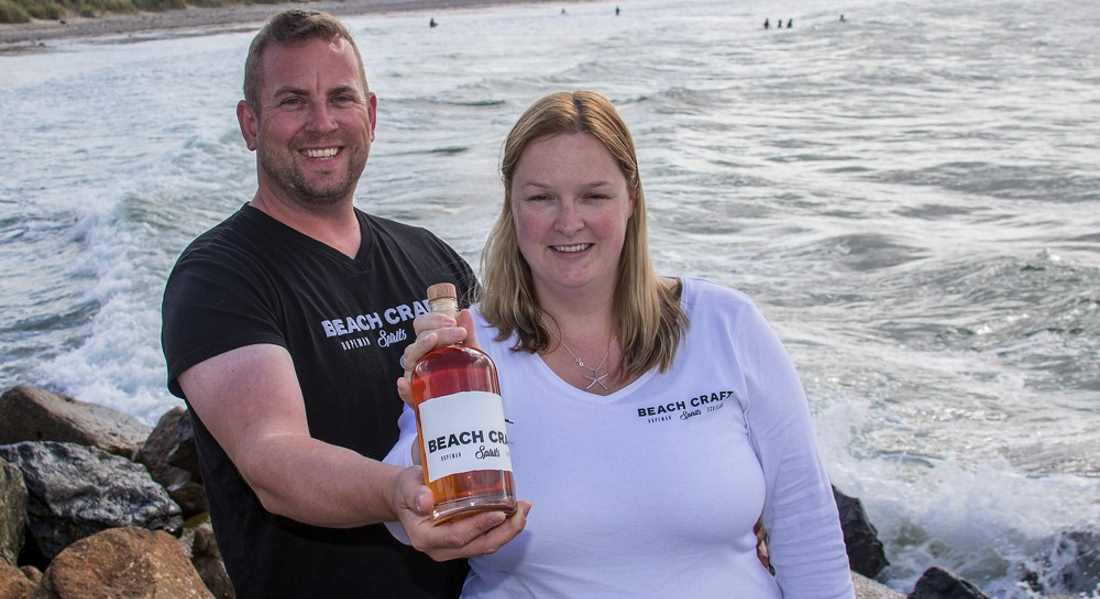 TIME IS RUNNING OUT on hopes that the first ever Rum Distillery in the North of Scotland can be created in Moray.

Husband and wife team Lara and David Beach are pinning their hopes for the coastal-based distillery on a Crowdfunding effort – but with just a month remaining that effort needs a great deal more support if it is ever to happen.

Beach Craft Spirits – named after the Hopeman couple being the bid – is based at Covesea, where the couple have already secured a 350sqm site to install their distillery equipment.

However, despite a successful publicity campaign during which they have received a great deal of encouragement – they are still falling short of the funding required turn the dream into a reality.
Lara explained: “It’s very frustrating as we are doing everything to make this dream a reality.

“We have had local, national and international coverage – we have been on the radio, we have had support from all the local press including insideMoray and we have backing from a local MSP – but it’s still not enough.

“People are liking and sharing our messages on our social media accounts, and we have great footfall to the website, but we just need one final push to encourage people to back us. If we do not get the money by November 9, we will have to look at other options.”

With a degree in brewing and distilling and 16 years’ experience behind him, David explained that the project is being caught up in a ‘Catch22’ situation where they need a licence to operate the distillery – however, they cannot get that until they have the funding behind them for the project.

He said: “We were going round in circles but we now have wonderful premises at Covesea near Lossiemouth and we are just waiting on the licence now coming through.

“As soon as we can get making and do some tastings I’m sure more people will want to invest, but at the moment our hands are tied and that may not happen before the deadline day.”

The couple are offering a series of incentives for individuals and businesses to get behind their project, with packages ranging from just £15 all the way to £1000.

Full details of these can be found on the Beach Craft Spirits Crowdfunding project page – with a determined David insisting that one way or another the project will get up and running, but he still hoped that would be helped by strong backing from the community.

He said: “We want to reassure people that if they invest now and we don’t make our target figure of £35,000 they will get their money back – so it is a win/win situation for them, all the risk rests with us.”

Once operational, Beach Craft Spirits intend to launch a trio of rums – a spiced rum, a sloe rum and an intense rum which will be a unique blend of fruit, coffee and liquorice.

The company plans to use local suppliers and companies to ensure the best quality of ingredients as well as specially selected cane molasses which will be distilled in purpose made copper stills.

David added: “This is not a pipe dream or some pie in the sky idea. It has been well thought out and researched. Forecasts show that craft rum sales will explode in the same way as gin has, hence our strapline, ‘It’s a Shore Thing.’”