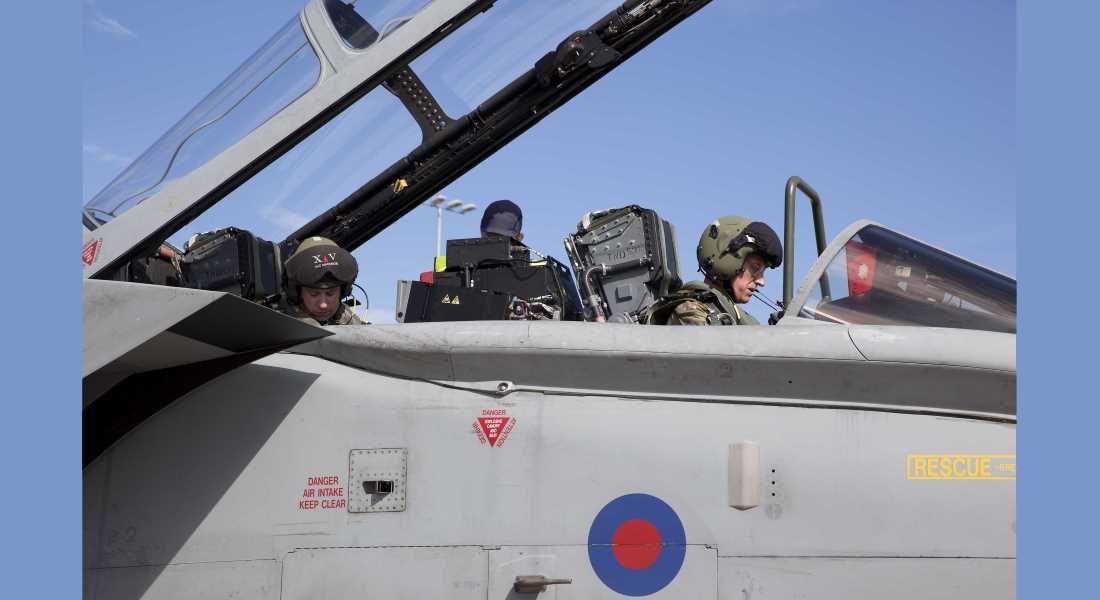 A FORMER STATION COMMANDER at RAF Lossiemouth who was recently appointed as the Chief of Air Staff has returned to complete his Tornado refresher training at the Moray base.

Air Chief Marshal Sir Stephen Hillier is no stranger to Moray having served as station commander in 2002 and 2003.

He was then on familiar ground when he returned to the base for several weeks this summer where he renewed his skills on the Tornado GR4 with XV(Reserve) Squadron.

His course involved a period of ground school lectures – bolstered by pre-reading and work in the evenings, followed by a simulator phase, before progressing to live flying sorties.

The basis of his training programme was taken from the Tornado GR4 Refresher syllabus and is similar to a course undertaken by previously qualified GR4 aircrew returning to the aircraft following time away on ground tours, or in the training system.

Sir Stephen was the only student on his course, which helped given the intensity of the training over a short period of time. He successfully completed all of the required training and testing elements and was re-qualified as a Tornado GR4 Captain and as such can operate the aircraft in that capacity.

Wing Commander Paul Froome is Officer Commanding XV(Reserve) Squadron: “It is not unusual for senior officers to refresh their aircraft captaincy skills – it certainly gives them an insight into the current capabilities of aircraft, and this is especially relevant for the Tornado as the Force is deployed on operations.

“Although XV(R) Sqn ran a bespoke course for the Chief of the Air Staff he was still required to meet the requisite standards all our students are required to, which he did. He proved to be a keen student and skilled Tornado pilot.”

Air Chief Marshal Sir Stephen Hillier was appointed Chief of the Air Staff in July 2016. He was a Tornado GR4 pilot and flying instructor – and has over 3500 flying hours and extensive operational and command experience, ranging from squadron pilot to theatre commander of British Forces.

Sir Stephen was awarded the Distinguished Flying Cross for operations over Iraq in 1999, and the United States Bronze Star for Iraq operations in 2003.