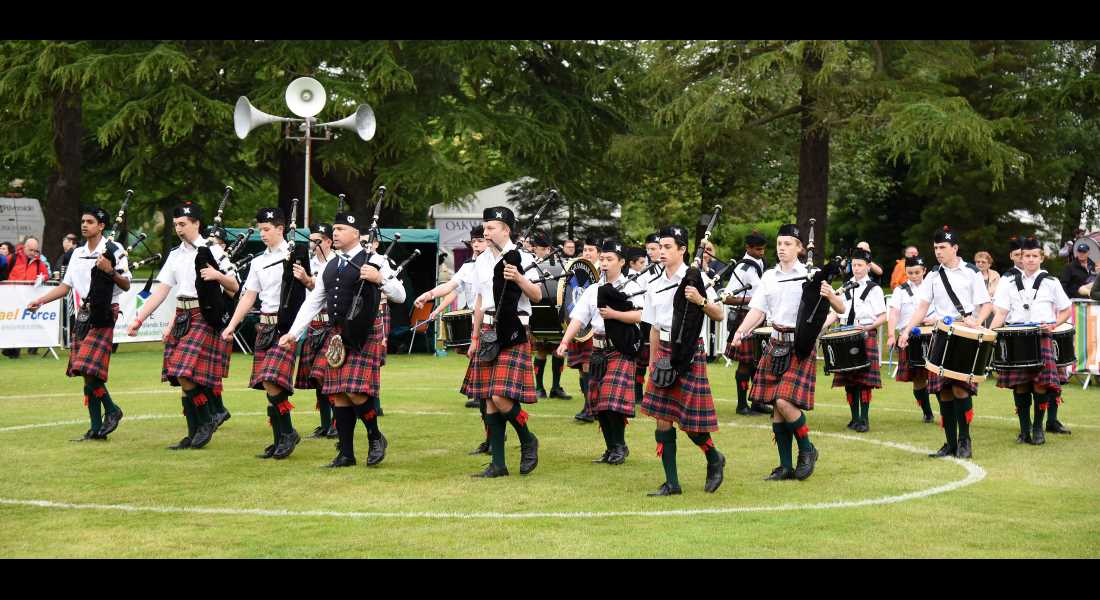 A SINGLE DAY event that drummed up over £1million for the Moray economy is now in the running for a major tourism award.

Over the last four years, Piping At Forres has brought millions for the local economy through its hosting of the European Pipe Band Championships in Forres.

This year the highly successful event has been shortlisted as ‘Best Cultural Event or Festival’ at the 2016 Highlands and Islands Tourism Awards, one of four events on the shortlist that will be considered for the prize at the Kingsmills Hotel in Inverness on November 4.

Joanna Taylor, a director at Forres Events Ltd, the company behind Piping At Forres, said: “We are delighted that the European Pipe Band Championships has made it to the finals for a third year in a row.

“Being recognised as one of the top four of all the events held throughout the whole region is wonderful. Piping At Forres is a fantastic day out and since it began in 2013 has showcased hundreds of pipe bands from around the world as well as featuring local food, drink and crafts.

“Being shortlisted is a testament to a lot of hard work by many, many people: the Forres at Piping team, the bands themselves who travel from as far away as Australia – and our wonderful volunteers, as well as being an encouragement to our visitors, both local and tourists.”

The event will continue to be hosted in Forres for at least another two years, with the next gathering scheduled for Grant Park on June 24 with the backing of Benromach Distillery.

Ewen Mackintosh, Chief Operating Officer of Gordon & MacPhail, owners of Benromach Distillery said: “Piping At Forres is a fantastic event in the piping and Moray calendar and as title sponsor, we are thrilled to see the event recognised with this well-deserved nomination.

“We have sponsored the event since its first year and it has been incredibly rewarding to see the event grow – it has certainly put Forres on the map and continues to attract huge crowds to the region.”

The Championships were originally set to be run in Forres for three years but this was extended by the Royal Scottish Pipe Band Association, who organise the piping competition, for another three years taking it to 2018.