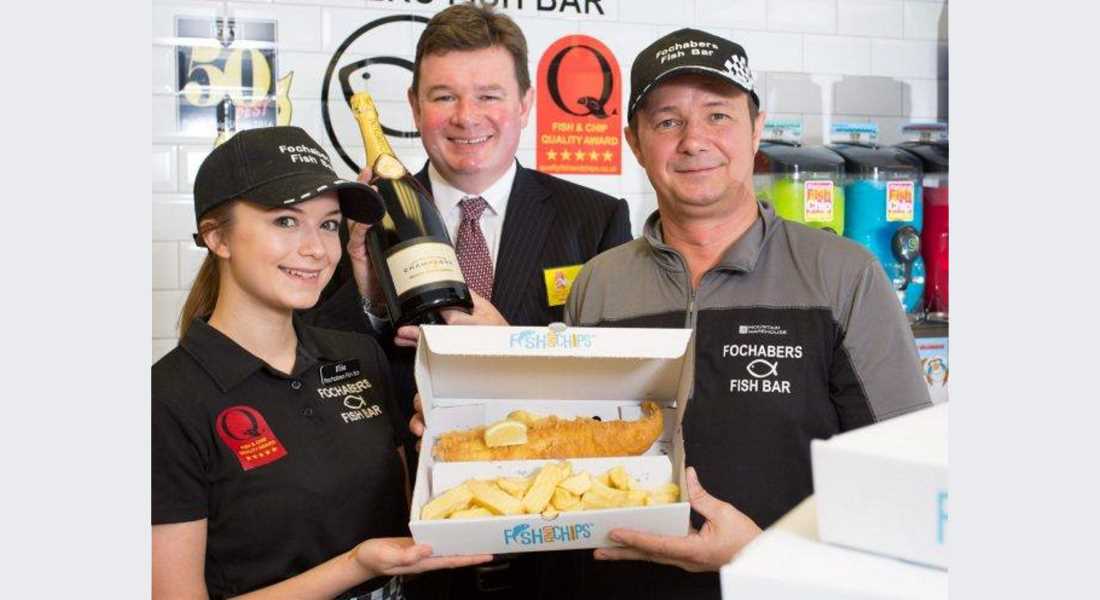 A MORAY CHIPPER has emerged as the best in Scotland after taking part in the National Fish and Chip Awards.

The Fochabers Fish Bar has been steadily building a reputation – and long queues – as one of the finest in the country – but now that is official as the Moray chipper was popping the champagne cork after being officially named as Scotland’s finest.

Now owner Darren Boothroyd is looking forward to a tilt at the UK title, with his shop going forward to the national final early in the new year.

“We are so proud to be voted as Scotland’s No 1 Fish and Chip Takeaway as part of the National Fish and Chip Awards 2017,” Darren said after being told the shop was the best in the land, adding: “We will now go head to head with the nine other finalist to see who will be crowned as the UK’s No 1.

“The final will be held in London on January 26 – but win or lose we are still crowned as Scotland’s best, so a massive thank you to all our wonderful staff and loyal customers as this fantastic accolade wouldn’t have been possible without you.”

A big fan of the shop is Moray’s MSP Richard Lochhead, who last night tabled a motion at the Scottish Parliament congratulating the Fish Bar.

The MSP said: “I’m absolutely delighted for Darren and the team and congratulate them on such a fantastic achievement. To be named the best fish and chip shop in Scotland is testament to the hard work he and his staff have put in over the last three years, focussing on quality produce and excellent customer service.

“Everyone at Fochabers Fish Bar deserve a huge congratulations for putting Moray on the map and I wish them the very best of luck for the UK wide final in January.”