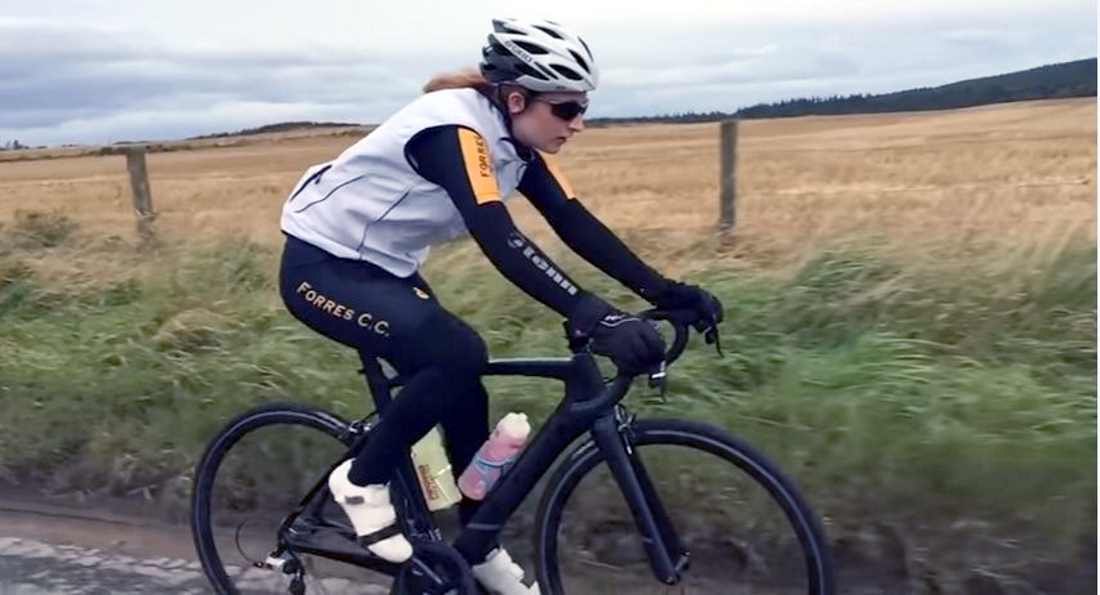 THE TEAM BEHIND a project that is working to help a young Moray cyclist towards her ultimate goal of Olympic stardom has released a video that explains why their charge is so special.

‘Project Georgia’ was set up a year ago with the aim of supporting Georgia Mansfield, a rising star in Scottish cycling, to her first ambition – to be included in a Scottish Cycling Development Programme.

Since the formation of the support group Georgia’s progress has been remarkable – with all initial aims met and surpassed. Now the video records just what the exciting young cyclist is all about – and why so many people in Moray are giving up so much of their own time to support her.

Sheila Scott, chair of the Project Georgia fundraising committee, said: “We have a girl here who has more grit and determination that anyone else I’ve ever met in my life. We first met Georgia when she was 14-years-old when she came out with us and kept up with the fast guys easily, and when she was 15 she was keeping pace with a triple-medal winning Para Olympian Steve Bate.

“We realised she had something special – when we first saw her in a race at 16, we realised we had to do something about it and a few members of the Moray Wheelers got together with her parents and coach, Peter Eccles, to put a plan together to help Georgia at least get onto the first ladder of Scottish Cycling.”

The team are now looking ahead to 2017, with fundraising efforts even more important as Georgia requires regular trips to attend Scottish Cycling Development Programme sessions.

More information on ‘Project Georgia’ can be found on the groups Facebook Page.