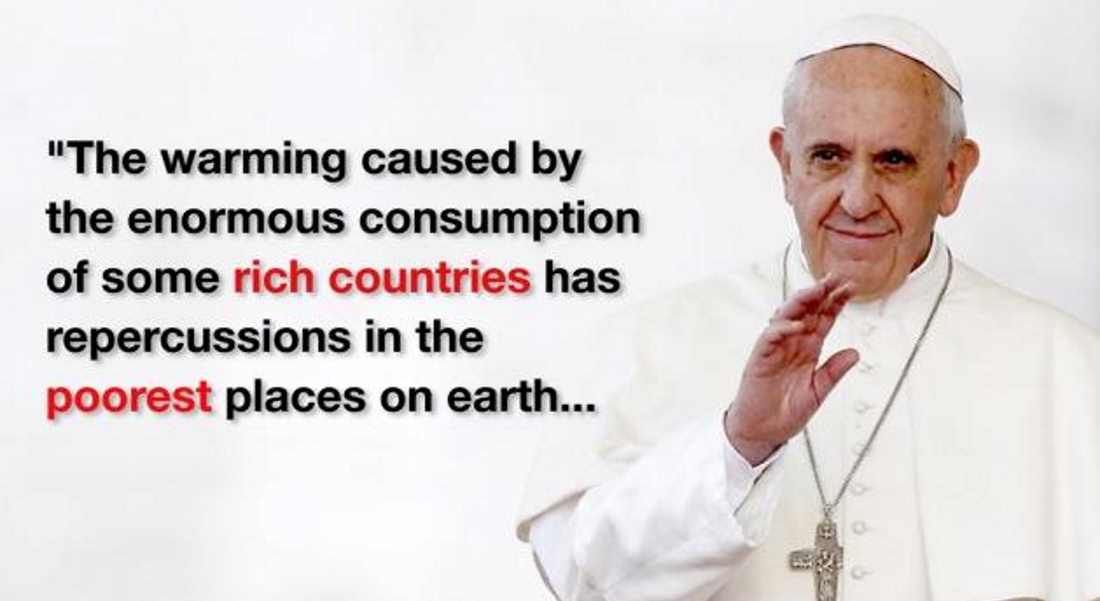 A MORAY GROUP has been inspired to launch a campaign demanding action from the Scottish and UK Governments to do more to help climate change.

No less than the Pope has provided the words that has prompted a group who are from various denominations to write to every MP and MSP with responsibilities for Moray.

A recent meeting at St Margaret’s RC Church discussed the Pope’s Encyclical letter, Laudato Si, in which the Pontiff said “the climate is common good, belonging to all and meant for all”>

Jo Fry told insideMoray: “We discussed the current and predicted effects of climate change, especially on the poorest regions of the world; and what we can do to tackle it both personally and nationally.

“We decided that, in addition to making individual efforts to reduce our own carbon footprints, we should like both the UK Government and the Scottish Parliament to act – so we wrote to each one of our MSPs and to our MP demanding that they set ambitious lower emissions targets with a clear plan of action. It’s time to make sure they uphold their promises.”

In the letter the group have called on Parliamentarians to write to Derek Mackay, Cabinet Secretary for Finance and the Constitution, to commit to an increase in government spending “to enable all Scotland’s homes and buildings to attain at least ‘C’ rated Energy Performance Certificates by 2025″.

The letter added: “We are delighted that Scotland has already hit its 2020 target of reducing climate change emissions by 42% as compared with 1990 levels.

“However, the energy we use for heat and transport still comes from fossil fuels. Renewable energy is one of the best tools we have to combat climate change. We need to find ways of using clean energy for heating and transport.

“Therefore, we should also like you to write to Paul Wheelhouse, Minister for Energy, requesting a 50% renewable all-energy target in the forthcoming energy strategy.”

Jo added that so far SNP MSP Richard Lochhead has been supportive of their aims as is his SNP colleague Maree Todd MSP and Green party MSP John Finnie – but were yet to hear from Tory MSP Douglas Ross on the issue.

The group will meet again today (October 4) at 7pm in St Margaret’s to discuss how everyone should be caring for the environment.