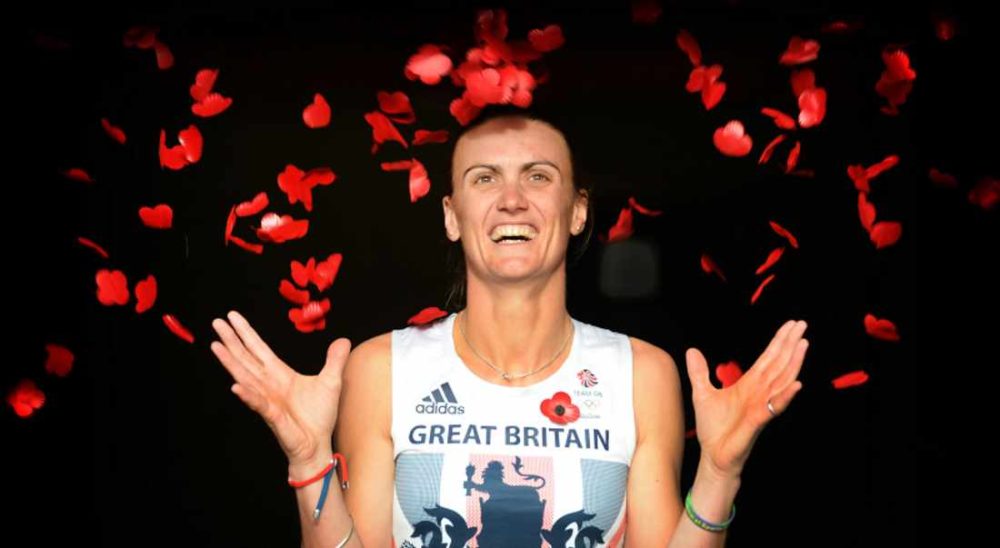 Heather, who is still serving in the British Army as a Major, laid down a challenge to female rowers at Redford Barracks in Edinburgh to raise vital funds for the Scottish Poppy Appeal.

The double gold medal winner in rowing, who will speak at the sportMoray awards in November, is urging people to “go the extra mile” in their own fundraising efforts for the charity over the next month.

Her challenge at Redford was that the soldiers attempt to beat her own record time over a mile on a rowing machine. Heather highlighted the more serious reason for her backing the appeal, saying: “I’m honoured to support the Scottish Poppy Appeal while promoting the Female Festival of Sport at the same time.

“I see first-hand how our servicemen and women go the extra mile as part of their everyday service.

“That’s why I’d like to encourage the Scottish public to go the extra mile in their fundraising efforts for this year’s Scottish Poppy Appeal so that Poppyscotland can continue to offer vital support for our Armed Forces community.”

Poppyscotland chief executive Mark Bibbey said he was “overwhelmed” by Heather’s support for the appeal this year, adding: “Now more than ever before, the Armed Forces community needs the help of the Scottish public.

“The reality is that one in eight veterans have a fundamental unmet need for support, and more than half suffer from a long-term illness or disability. That’s why we’re so pleased to have Heather’s support in calling on the Scottish public to go that extra mile for this year’s Poppy Appeal.

“Whether it’s rowing a mile at Olympic pace like Heather and the soldiers at Redford Barracks, or simply popping a bit more in the poppy tin, every penny helps us to offer life-changing support so we can be there when they call for back-up.”