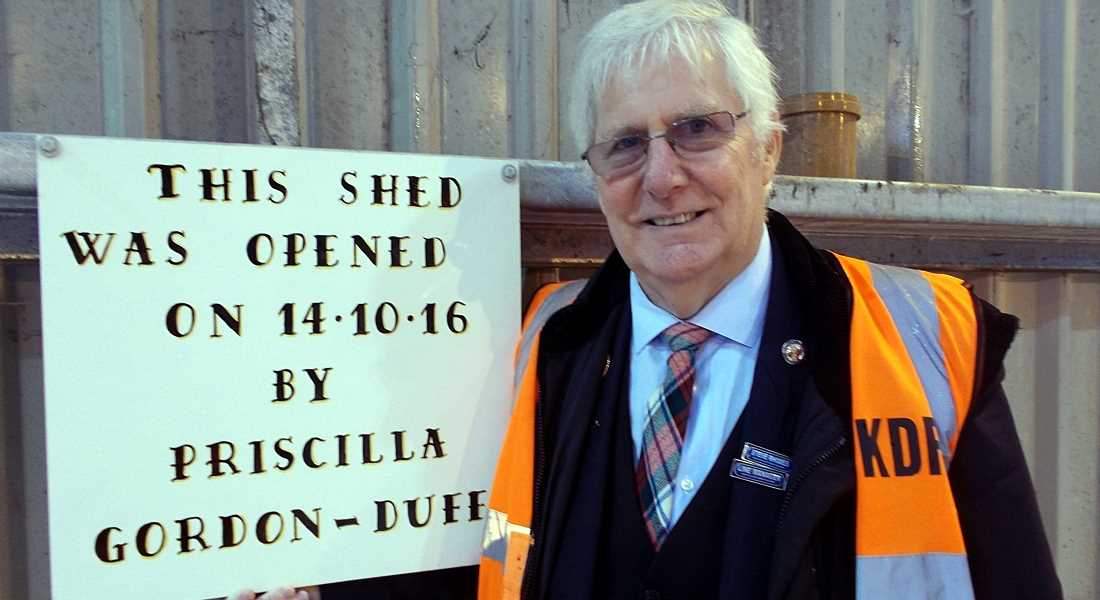 MORAY AND SPEYSIDE’S historic railway preservation group have been celebrating a major step forward in their facilities with the opening of a new £60,000 locomotive shed.

The Keith and Dufftown Railway Association unveiled the new structure last week after they were helped by a £48,000 Heritage Lottery Fund grant to build the shed at Dufftown station.

Now the association volunteers will be able to continue working on their collection in all weathers – providing a vital boost to their aim to further expand the services they offer thousands of visitors each year.

The Deputy Lord Lieutenant of Banffshire, Priscilla Gordon Duff, performed the official opening ceremony for the new shed, the result of six months of hard work by the association’s team of volunteers led by group director Stephen Rhodes.

Following the opening Mr Rhodes said: “Our main hope is that the loco shed will enhance the venue as a visitor attraction. For us, it means that we will be able to carry out more work on painting and servicing the engines, something we previously had to do outside and the weather would often make that a struggle.”

Mr Rhodes added that an even greater benefit would be that those interested in railways would be able to enter the loco shed and have a look around, with particular encouragement being given for school groups to go on organised visits.

“People already like coming on the train – now we want to make the station itself appealing,” he added.

Further information and updates from the Keith and Dufftown Railway Association can be found on their Facebook Page.