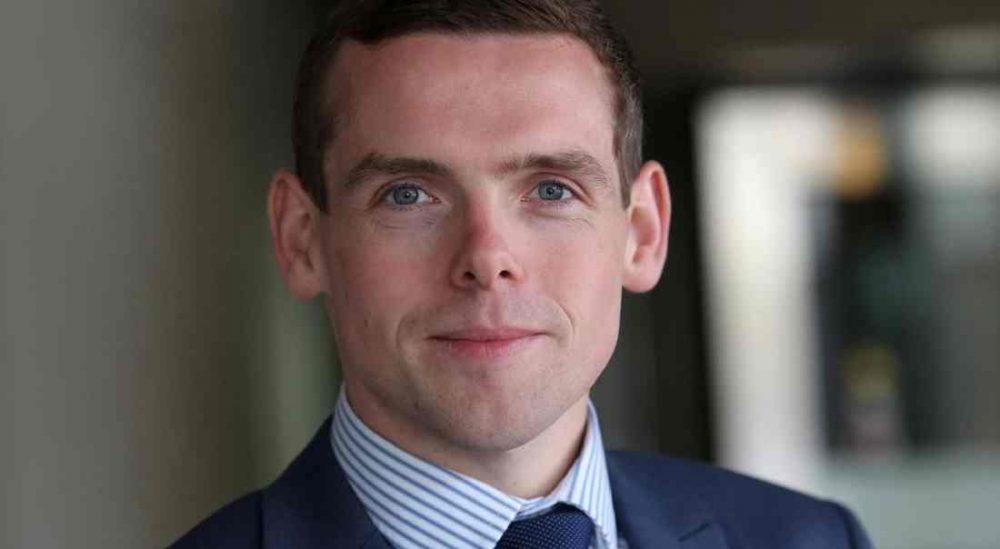 CHANGES ARE BEING SOUGHT over the way questions for Scottish Government ministers are taken at the Holyrood parliament following the failure of a Moray health issue being put this week.

Regional MSP Douglas Ross was anxious to place a question before the Scottish Government Health Secretary – but the time taken to answer ‘supplementary’ questions meant he was ‘timed out’.

Time ran out despite 40 minutes being allocated for the 20 questions being put – with Mr Ross seeking to ask about ophthalmic services at Dr Gray’s but unable to do so as he was 12th in line and time ran out at the 11th question.

Undeterred, Mr Ross raised a point of order over the issue and managed to garner some support from the Presiding Officer.

The MSP said: “Forty minutes were allocated to health questions and as one of the 20 MSPs selected to ask a question I was keen to raise the issue of ophthalmic services at Dr Gray’s directly with the Cabinet Secretary for Health.

“The constituents I had met to discuss this issue were keen to see it raised in Parliament as it is a vital service for many people in Moray.

“As question time was stopped just before my question I asked the Presiding Officer to reflect on the fact that issues such as the level of eye care available in Moray should be raised in the chamber and it was unfortunate that this issue couldn’t be debated.

“I am pleased that the Presiding Officer agreed that changes may be required for question time and while it may not have technically been a Point of Order my contribution allowed me to get on the record the local concerns about eye care at Dr Gray’s.

“I have also written to the Chief Executive of NHS Grampian about this as there is a real concern amongst many people that this is another service which was previously provided locally that has been moved to Aberdeen.”

After the MSP raised his point of order in the Parliament, the Presiding Officer replied: “I thank Mr Ross for that. I am not sure that it is a point of order, but I assure him that the matters are under active consideration.

“On supplementary questions, I am anxious to take members who want to ask those. A number of members pressed their buttons today—including a number of Mr Ross’s colleagues, whose supplementaries I was not able to take. Sometimes I am unable to do so due to the length of replies from the minister, but that happens sometimes because the question requires a lengthy answer.

“These are difficult matters, but they are under consideration – I hope that Douglas Ross will accept that.”