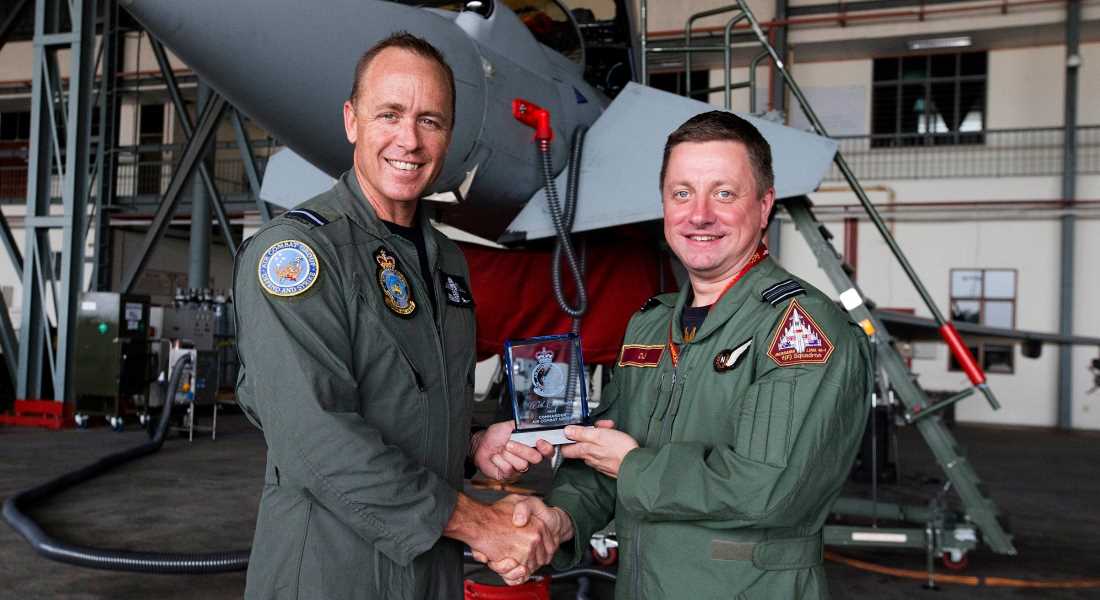 WHILE RAF LOSSIEMOUTH continues to entertain an international cast one of the resident squadrons on the Moray base is doing the same – with aircraft from the other side of the planet.

Eight Typhoons from 1(F) Squadron flew over 7600miles and are currently based at the Royal Malaysian Air Force base at Butterworth in Malaysia.

This week the crews from Lossiemouth had a very special visitor in the form of Air Commodore Steve Roberton DSC AM of the Royal Australian Air Force.

Steve was impressed with what he saw of the RAF’s aircraft which are currently more modern than his own FA-18A Classic Hornet He said: “The Typhoon is a newer aircraft, it’s representative of the next generation capabilities when compared to the RAAF FA-18A Classic Hornet on Exercise Bersama Lima.

“It is a great opportunity for the junior members of the RAAF’s 77 Squadron to work with the Typhoon and RAF members.”