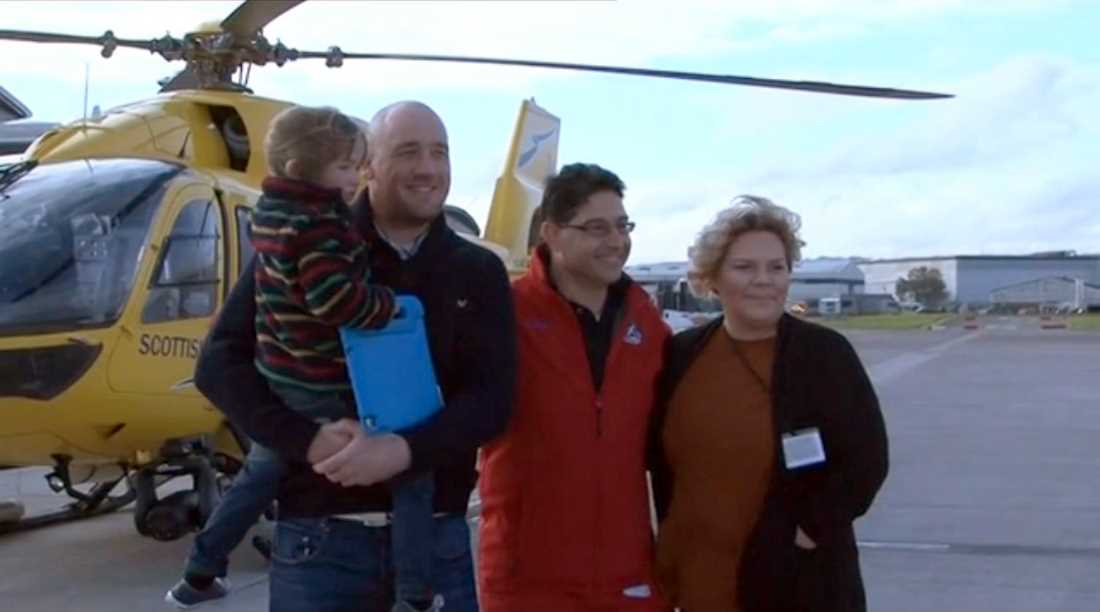 AN ELGIN FAMILY have been speaking of their gratitude for the ScotSTAR Paediatric Retrieval Service without whose help life may have been very different for their four-year-old son.

Since birth Mylo McLean has suffered from a very rare form of SVT – supraventricular tachycardia – that makes the heart beat much too fast.

While children would usually be expected to grow out of the condition inside a year, that has not been the case for Mylo – resulting in his having to be rushed by air for urgent specialist treatment in Glasgow.

Little Mylo’s condition is caused by faulty electrical signals in his heart – with a risk that it could cause his body to ‘shut down’, making it critical that he receives appropriate intensive care as quickly as possible.

The family and friends have raised over £10,000 for four charities – £2500 for the ScotSTAR paediatric team and the same for the Archie Foundation, Ronald McDonald House in Glasgow and the Glasgow Children’s Hospital (formerly Yorkhill).

Recently Mylo was taken to meet Air Ambulance crews in happier circumstances – giving an excited Mylo a better view than normal of the helicopter that has ensured he received treatment from what the family described as the best care in the world.

Mylo’s mum Lianne told STV News: “Mylo can be affected on a daily basis, sometimes for seconds, sometimes for hours – the longest he has been is over fourteen hours consistently at a rate of over 250 beats per minute. The whole thing about his being in hospital and being unwell does bring worry on an almost daily basis.”

Currently the outlook for Mylo is better – but he still requires extensive treatement, Leane adding: “It was resistant to most of the medications he was on, but we’ve since had a clearer diagnoses and he’s doing better. He’s getting the best care and doctors all over the world have looked at his case and we know in that way he’s now helping other young children with a similar condition.”

She added that Mylo is awaiting further treatment at Great Ormond Street Hospital.

During his visit the family met with Edgar Brincat, a paediatric intensive care consultant, who said: “It’s been great to meet Milo.

“When you’ve got centralisation as we’ve got in Scotland, with the intensive care units in Edinburgh and Glasgow, you need a transport system to get people from different areas here quickly.

“ScotSTAR is essential for us to be able to get there in time and get them to the place where they can be treated.”

ScotSTAR teams undertook 2654 transfer and retrieval missions throughout Scotland last year – and have assured the McLean family they will be there if they are ever required again.